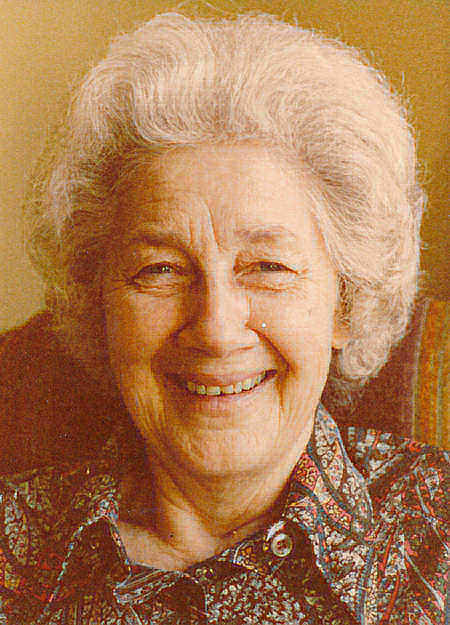 Phyllis Lorena Huffman Gambsky, of Appleton, passed away on Friday, January 13, 2012, at home with her husband of 60 years, Thomas “Barney” Gambsky at her side. Phyllis was born to Charles and Blanche (Potts) Huffman on July 11, 1923 at home in Cherry Valley Wisconsin, near BloomCity. She was the youngest of seven children. Throughout her life she remained close to her sisters, brothers and her cousin Bernadine, who her family helped to raise.

She was raised on the family farm where she first learned her work ethic which remained an integral part of her personality for the rest of her life. After graduation from high school, Phyllis was employed as a waitress briefly and then during World War II, relocated to Milwaukee, where she worked in a defense plant. During that time she lived with her lifelong friends Agnes Heinzel and Jeanette “Patch” Lambert.

In 1952 she met Thomas “Barney” Gambsky and after a whirlwind courtship she flew to California and they were married on August 26, 1952. They lived there for one year and then returned to Appleton, where with exception of a brief move to Nevada, she lived the rest of her life. Once married, her occupation was that of wife, mother and homemaker at which she excelled. Her home and family were her life.

She also was involved in community service as volunteer at Appleton Memorial Hospital, now Appleton Medical Center and served on the Board of Directors of Waples House, then a group home for at risk boys. Phyllis was also involved with her church. While a member of Trinity Lutheran Church, she was the luncheon coordinator for several years. She involved herself in mission work and bible studies when she was a member of the local Methodist church. For the past several years she has been a member of the Appleton Alliance Church. Her favorite activities were traveling with her husband, visiting new sights as well as staying in touch with family around the country. She loved music, played guitar in her earlier years, and passed on that knowledge to her daughter Julie. Until the end Phyllis was an avid Green Bay Packers fan, watching her last game on New Year's Day.

Our family would like to thank Theda Care at Home and their hospice staff along with Right at Home agency for the care and support they provided.

A celebration of Phyllis' life will be held at 1:00 pm on Friday, January 27, 2012 at Highland Memorial Park – Star of Hope Chapel, 3131 N. Richmond Street, Appleton. Rev. Dick Schaefer will be officiating. Interment will follow. Avisitation will take place at Wichmann Funeral Home on Thursday, January 26, 2012 from 4:00 until 7:00 PM. In lieu of flowers, memorials to Community Hospice Foundation are appreciated.

Strengthand honor are her clothing, she shall rejoice in time to come . . . She watches over the ways of her household, and does not eat the bread of idleness. Her children rise up and call her blessed; her husband also, and he praises her, “Many daughters have done well but you excel them all.”