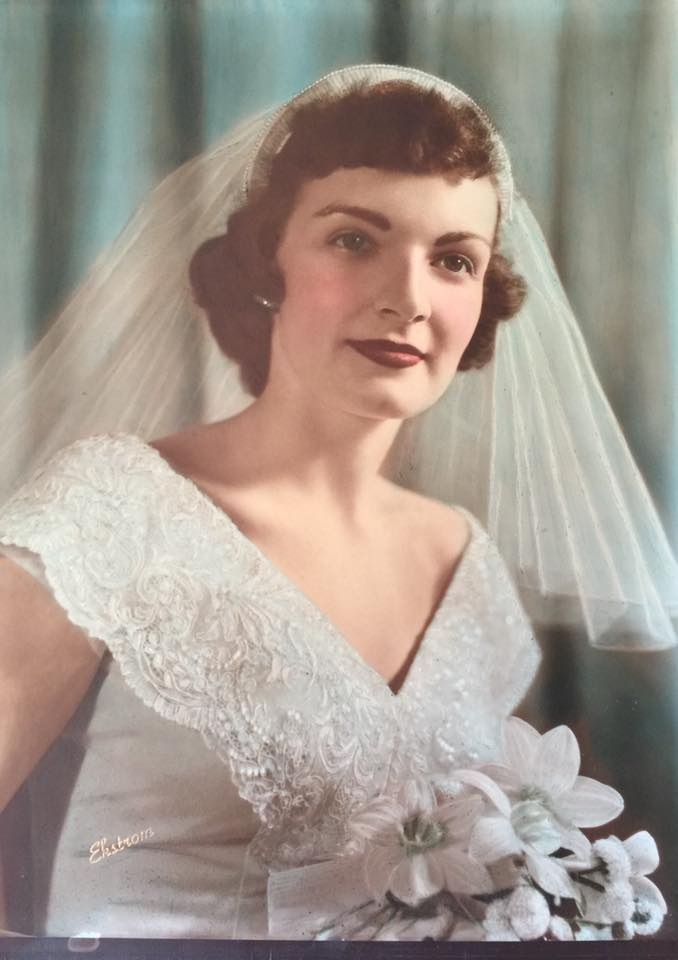 Phyllis Anne (Wolfram) Metropulos, 84, of Appleton, Wisconsin, passed away July 1, 2017. She spent her final days surrounded by the love and laughter of her family. She is now with her husband of 46 years, Jim, who preceded her in death in October of 2000. Phyllis was born November 15, 1932 in Stockton, Illinois to Clarence and Mae (Tresner) Wolfram.

As a young girl, Phyllis moved to Crystal Lake, Illinois. She graduated from Crystal Lake High School in 1950 and married Jim in 1954. She and Jim and their four children moved to Cherry Hill, New Jersey in 1968 and then to Elm Grove, WI in 1977. Phyllis and Jim retired to Fort Myers, Florida in 1993 where they spent several wonderful years with Phyllis’s sister, Jane Harvel, and her family. After Jim’s passing, Phyllis returned to Wisconsin to be near her grandchildren.

Family was first and foremost for Phyllis and her husband Jim. Together they created a home of love, strength and laughter for their children, nieces and nephews and extended family. Phyllis was a devout Catholic, an avid Notre Dame football fan, and known for her quick wit. She enjoyed cooking, literature, and politics. Along with her husband, she worked hard to put her four children through college. She worked as an interior decorator for JCPenney in Cherry Hill, N.J. and in home décor sales for Boston Store in the downtown Milwaukee, WI store.

Phyllis is survived by her four children, Mari of Aurora, CO, Peter (Mary) of Arvada, CO., Mitchell (Teri), of Appleton, WI, and Patricia (Dan Baker), of Delafield, WI and grandchildren Ben, Sarah, Anna, Nick and Max. She is further survived by her sister Jane and brother-in-law Lee Harvel, of Fort Myers, FL, brother Bob of Indianapolis, IN and sister-in-law Fran Pappas and Dina Dallianis. She was “Yia Yia” to her five grandchildren and “Aunt Phyl” to her 26 nieces and nephews.

She was preceded in death by her sisters Polly and Mary, and brother Dick.

The family would like to thank ThedaCare Appleton 6th floor, ThedaCare at Home Hospice and Sr. Joanne Goessl from St. Mary Parish of Appleton. Memorial contributions may be made to Kathy’s House of Milwaukee, WI.