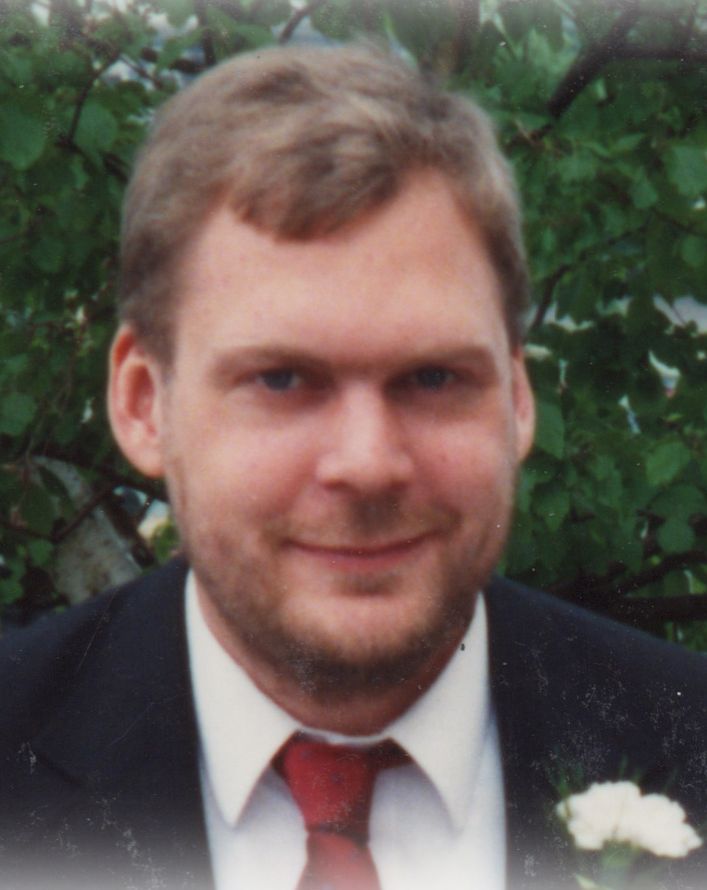 Peter T. McKenzie, 51, died of a heart attack on March 2, 2016 at his home at Oneida Heights in Appleton, Wisconsin.

Peter was born on June 18, 1964. He was the fourth of Thomas and Mary “Rusty” McKenzie's five children. A strong, bright and happy child, Peter loved the outdoors and activities like skiing and hunting. When he was 13 mental illness set in, and it became a challenge that would define the rest of his life. In recent years, with advances in medicine and his practice of yoga, he became well enough to avoid psychiatric hospitalization.

Whenever he could, he turned his own trials into ways to help others. He says it the best in his It's Your Call piece that ran in this paper in July 2013; “I believe that God believed in me enough to challenge me to be a better, stronger person than I would have been without these challenges. Now I can be of use to others who have disabilities.” Peter became known by family, friends and those he met across Appleton as a generous and gentle giant. He'd share jokes and advise on how to relieve stress, and if someone needed it he would hand them a small pamphlet listing the social services available in Outagamie County with phone numbers.

He tried to be charitable and kind to everyone he met regardless of their background or circumstances. Again, a letter of his that ran in the Post Crescent reads, “the cheapest green, reusable, renewable medicine is a kind word and a smile … Humor works, too. It works heath care wonders.” Peter will be remembered for lifting the spirits of those around him, even when his own days were difficult.

The funeral liturgy for Peter will be held on Saturday, March 12, 2016 at 11:00 AM at ST. JOSEPH CATHOLIC CHURCH, 410 W. Lawrence St., with Fr. Jim Leary O.F.M. Cap officiating. A time of visitation will be held from 9:00 AM until the time of the service at the church. Interment will be in the St. Joseph Cemetery. Memorials may be made in Peter's name to the charity of your choice. To submit online condolences and find more information visit: www.wichmannfargo.com.

The family would like to express heartfelt thanks to Drs. Thomas Tatlock, Randy Kerswill and Charles McKee and all of the other health care providers, mental health specialists and social workers who provided compassionate and high quality care for Peter. And special thanks to Sister Ann, Jim Stack, Tim Spalding and others for being close and supportive friends.