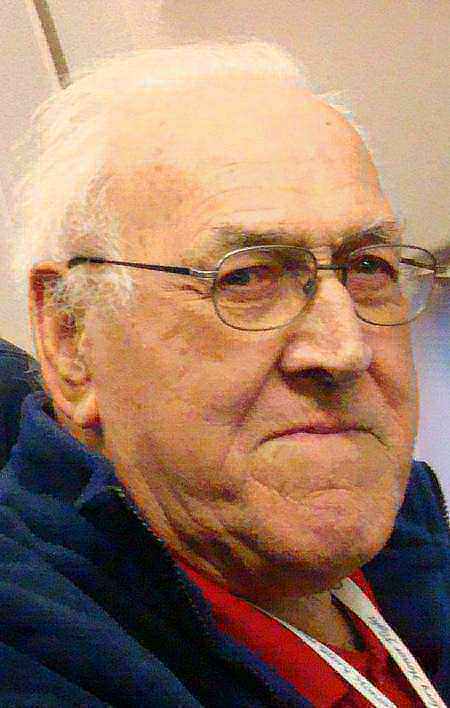 Peter S. Roovers, age 90, died peacefully at home on Wednesday, November 7, 2012. Pete was born on November 27, 1921, the youngest of 7 children, to Simon and Celia Roovers, and was raised and lived in Kimberly his entire life except for service in the U.S. Army during WWII. He was a long-time employee at his hometown paper mill.

Pete married his wife, Dorothie in August of 1947 in Mishicot, Wisconsin. She preceded him in death in 2011. They enjoyed many years of camping together in the north woods and nationwide. Pete never met an appliance that couldn't be fixed, and his workshop was a testament to the many projects that interested him. His quick wit and jocular manner will be missed by those who knew him.

The funeral liturgy for Pete will be held at 11 AM on Saturday, November 10, 2012, at HOLY SPIRIT/HOLY NAME CHURCH, 620 E. Kimberly Avenue. Father David Beaudry will be officiating. Internment will take place at Holy Name Cemetery. The visitation will be held at the church from 9:30 AM until the time of mass. Online condolences can be expressed at www.wichmannfargo.com.

Pete's family would like to thank the many caring and professional ThedaCare At Home Hospice team members for their support. The family especially appreciates the caring neighbors who contributed to their comfort in so many ways.