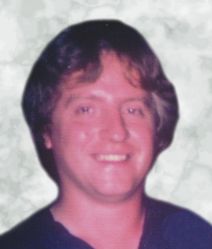 Peter Lawrence Mislinski, age 65, passed away peacefully on Tuesday, May 15, 2018 with his family by his side. Peter fought a courgeous, two year battle with stage four kidney cancer.

He was born in Appleton, Wisconsin to the late Edward and Louise (Rossmeissl) Mislinski and was the fourth of five children. On August 16, 1975 Peter married Joyce Bodmer at St. Thomas More Catholic Church in Appleton and they shared 43 great years together. Peter worked for 21 years in the Shipping/Receiving department at Gander Mountain. He was an easygoing, unselfish man who enjoyed the simple pleasures in life. Peter had fun teasing and brought much laughter to his family and friends, who often referred to him as Pedro. Pete enjoyed traveling with his family, with favorite destinations being the Great Smoky Mountains of Tennessee, Canada, Oregon, the Badlands of South Dakota, Arlington Park (horse racing), Illinois, Mackinac Island and most recently a few trips to the casino.

He made the best whiskey sours, enjoyed visiting with family in Northern Wisconsin, fishing, watching the Green Bay Packers win, and playing games of cribbage. Peter was a trivia, music and movie aficionado, with some of his favorites being Jimi Hendrix, the Beatles and the works of Stanley Kubrick. He was a gentle soul and a devoted husband, father and brother.

Special thanks to Dr. Weiss and Stefani Zuleger at the ThedaCare Regional Cancer Center, ThedaCare at Home Hospice Team who kept Peter as comfortable as possible, especially Peter’s nurse Megan Potratz, his Social Worker Lynn Pennings, Dr. David Anderla and Fr. Jon from Sacred Heart Parish. Your kindness will always be remembered by our grateful family.

In lieu of flowers please make a donation to the Kidney Cancer foundation at kidneycancer.org

As Pedro would say, “Don’t worry about it.”

Peter,
You are my Rock,
So many things left to do, but you’re at peace now and we’ll be thinking of you!