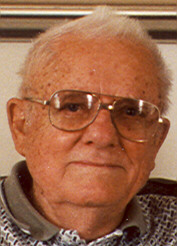 Age 92, passed away at the Franciscan Care and Rehabilitation Center on September 3, 2007. He was born on May 13, 1915, the son of the late Simon and Anna (Waldner) Ketschek. On October 13, 1945 he married Edith Stewart in Oak Park, Illinois. Peter attended Oak Park/ River Forest High School and furthered his education by attending Coyne Electric School. Peter had a skill for electrical work and electronics. While serving his country in World War II in the Navy, Peter was a Radio Man, 1st Class, for Naval Aircraft Reconnaissance and Rescue. After his service, Peter was a Meter Technician for Exelon Public Utilities in Illinois. He had a passion for bowling, playing horse shoes, golf, baseball and card playing, but above all, Peter was a loving father and devoted husband.

The memorial service for Peter will be held at 12p.m. on Saturday, September 8, 2007 at the ALL SAINTS EPISCOPAL CHURCH, 100 N. Drew St, Appleton, with Rev. Patrick Twomey officiating. Friends will be received at the church on Saturday from 11a.m. until the time of service. Inurnment services will be held at a later date.

The family of Peter wishes to extend a special thank you to all the staff at the Franciscan Care and Rehabilitation Center and to Dr. Carter Noble for all their excellent care, support and compassion for Peter.