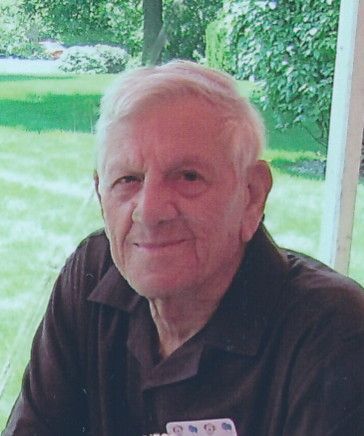 Peter B. Padavana, age 84, passed away surrounded by his family on Sunday, April 21, 2013. He was born on May 8, 1928, to the late Anthony and Nancy Paduano in Brooklyn, New York. Pete graduated from Mineola High School in Long Island, New York and furthered his education at The Davenport Institute in Grand Rapids, Michigan. He enlisted in the U.S. Navy and proudly served his country from 1946 to 1949 and from 1950 to 1952. Pete was a printing production manager, and he worked for many years at Warner P. Simpson in Ohio. He additionally worked at Gannet Graphics and J.S. McCarthy in Maine. Pete married Barbara Burkhardt in 1980, and they spent 32 wonderful years together. He was always an involved person, and Pete belonged to the Graphics Craftsman's Club, American Legion, Tin Can Sailors, and Holder Association. Pete enjoyed collecting rocks, coins, and lighthouses. He loved to travel and was very involved with the military after his service. Pete was loved by many family members and friends, and he will be greatly missed

A committal service will be held at 1:00 p.m. on Friday, June 14, 2013, at Central Wisconsin Veterans Memorial Cemetery, N2665 County Road QQ, King, Wisconsin. In lieu of flowers, a memorial fund has been established in his name.