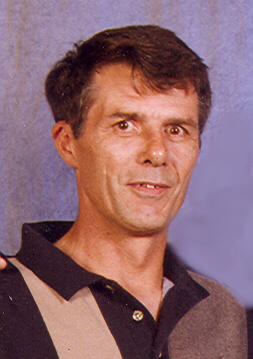 Peter A. Schmitz, age 63, passed away peacefully on Saturday, July 17, 2010 at St. Elizabeth Hospital, surrounded by family and friends. Peter was born on January, 4, 1947 in Green Bay, the son of the late Allan and Blanche (Van Aernam) Schmitz. After graduation from high school, Peter was drafted into the Army, where he served in the Vietnam War from 1968-1970. Peter worked as a printer for 34 years at Earl Litho Printing in Menasha. Peter loved watching baseball, especially the Brewers. He enjoyed playing the lottery, frequent trips to the casino, and playing cribbage with his friends. Peter also loved trips to his brother's farm to fish, and had a fond love of his dog, Ginger.
Peter is survived by a son, Dan (Laurie) Schmitz, of Neenah, a daughter, Tracy (Dustin) Postel, New London; six grandchildren, Alexandria, Lauren, and Luke, Amber, Austin, Andrew; two brothers, Michael (Theresa) Haupt, Little Chute, and Richard (Dorothy) Kloes, Oconto; a significant other, Patty Dorschner, Appleton; and many nieces, nephews, and cousins.
A memorial service will be held on Thursday, July 22, 2010 at 11:00 a.m. at WICHMANN FUNERAL HOME, 537 N. Superior St., Appleton, with Chaplain Jordan Kuczwara officiating. Visitation will be at the funeral home from 9:00 a.m. until the time of the service. A memorial fund will be established in Peter's name.