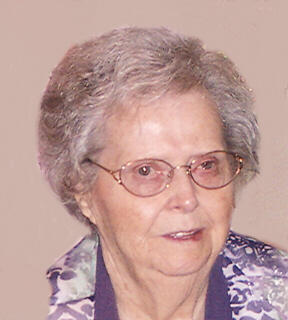 Age 79, passed away with her family by her side on Saturday morning, October 25, 2008 at St. Paul Home. She was born on August 20, 1929 in Michigan, daughter of the late William and Ruth (Baker) Childs. On September 27, 1947 she married Edwin W. Taggart in Appleton, and together they shared 61 wonderful years which were blessed with seven children, 25 grandchildren, 24 great-grandchildren, and 3 great great-grandchildren. Peggy was a member of Christ the King Lutheran Church, Combined Locks. She was a wonderful wife, mother, and grandmother, who lived for her children and grandchildren, giving unconditional love, and made every holiday special and memorable.

Funeral services will be held on Tuesday, October 28, 2008 at 2:00 P.M. at Christ the King Lutheran Church (601 S. Washington Street, Combined Locks) with Rev. Doug Bisbee officiating. Friends will be received at the church from 12:00 Noon until the time of the service. Interment will be in Kelso Cemetery, Kaukauna. In lieu of flowers, donations in Peggy's name are appreciated to St. Paul Elder Services.

The family wishes to thank the wonderful nurses and staff at St. Paul Home for their love, care, and support.