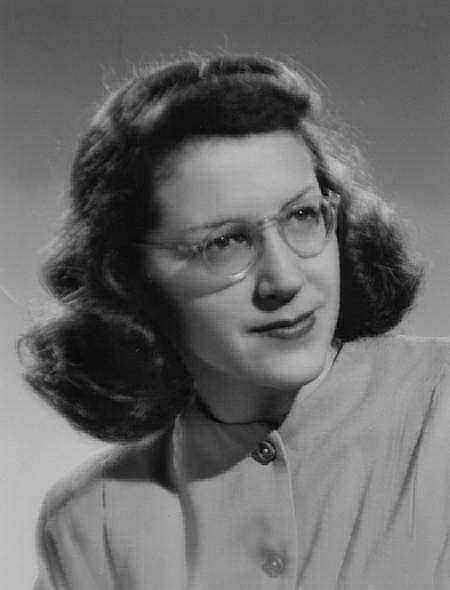 Margaret A. (Peg) Brei, beloved mother, grandmother, aunt, friend and community volunteer, passed away on Sunday, March 12, with the same peace, dignity and humor that she had faced her two and one half year journey through terminal cancer.

Born Margaret Anne Schumacher on October 2, 1921, to George and Frances Schumacher in Milwaukee, Wisconsin, Peg graduated from Wauwatosa High School in 1939 and Marquette University in 1944. While at Marquette, she received a Bachelor of Science degree in Medical Technology and became a founding member of the Alpha Delta Theta Professional Medical Technology Sorority at Marquette. After graduation, she worked at the Milwaukee County Hospital as a laboratory technician.

On September 13, 1947, she married Frederick A. (Fritz) Brei at St. Bernard‚Äôs Catholic Church in Wauwatosa, and she worked in Fritz‚Äôs medical office until their son Chuck was born, in 1953.

In 1959, Peg, Fritz and Chuck moved to Appleton, where her passion for volunteering and community service blossomed. She was a Life Member of the Appleton Medical Center Auxiliary and a past member of the Outagamie County Medical Auxiliary. She served on the Boards of Education of St. Pius X Elementary School and Xavier High School. Peg also gave many hands-on volunteer hours to St. Pius School, the Community Blood Center, Meals on Wheels and other community causes. She was an advocate of all things ‚ÄúAppleton‚Äù and cared deeply about the City‚Äôs downtown redevelopment, Arts Center, Lawrence University and overall community. She was also an active member of St. Pius X Catholic Church, where she frequently attended morning mass and afterward gathered with friends for a neighborhood cup of coffee at Mary‚Äôs Restaurant.

Peg approached life with energy, enthusiasm and a remarkable interest in everything she encountered. She made friends with everyone, from the person who sold candy to the AMC gift store to the teenage daughter of a neighbor who needed a place to come between commutes to high school. She remembered details about her friends and their families, worried about them and stood by to help when they were in crisis.

Peg was a dedicated wife and partner to Fritz, sharing a mutual love for medicine, philanthropy, religion and caring for others. She adored her son and embraced his many interests ‚Äì from auto racing and the Badgers to China and Curling. Always ready to play a game, listen to a good story or get up early to make a big breakfast for her son and friends, she was a willing and comfortable companion at any activity, from a reception for Walter Cronkite to a Marquette/UW basketball game.

Peg was a great friend to her daughter-in-law with whom she frequently discussed literature, politics and life, and with of the birth of her grandson, Tom, Peg found yet one more ‚Äúlove of her life.‚Äù She was a frequent sitter, entertainer, comforter and cheerleader for her grandson. Peg particularly enjoyed their summer weeks together at the Brei cottage in Shawano and the family vacations to exotic places.

Peg was always close to her sister, sister-in-law, nieces, nephews and their families. She kept in touch with all regularly and followed their lives and adventures right up until the end of her life. In her final two years, Peg‚Äôs kindness to others was returned by her closest friends and by her special friend and care-giver Judy Driessen, all of whom supported her desire to remain in her home throughout her illness.

We love you, Peg. Au revoir!