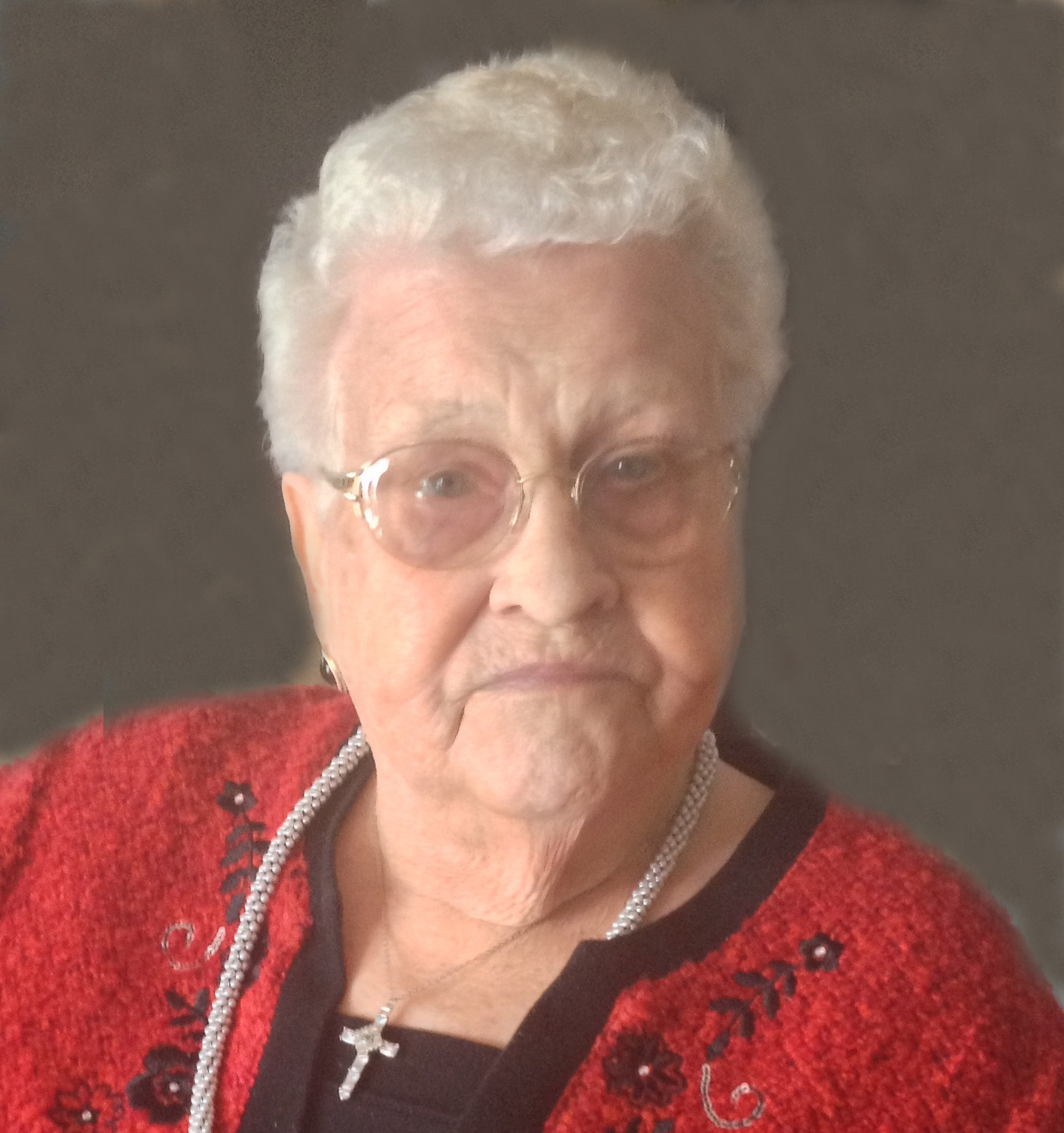 Pearl Pleshek, age 86 of Kaukauna, passed away at a local nursing center on Thursday morning, September 25, 2014. Pearl was born and raised in West De Pere on December 10, 1927, daughter of the late Nicholas and Gertrude (VandeHey) Vanden Berg. At the age of eighteen, Pearl began work at Riverside Paper in Appleton. In 1948, she married Roy Pleshek, and together the couple enjoyed sixty-two years together, until the time of Roy's death in 2010. During their years together, Roy worked many double shifts at the paper mill, and Pearl prided herself on the raising of their eleven children. When the children were older, Pearl went to work at the former Kaukauna Cheese. In their retirement, they enjoyed travel, golfing, and hosting family events. Throughout her life, Pearl was very active, not leaving a moment to waste. In her younger years, she refinished antiques, mended clothing, cared for a large garden and put up the produce it provided. On Saturdays, the house was filled with the aroma of fresh baked bread and cookies, cooling row upon row on the kitchen table. In her later years, Pearl enjoyed crocheting and knitting.

The funeral liturgy for Pearl will be held at 11:00 AM on Tuesday, September 30, 2014 at HOLY CROSS CATHOLIC CHURCH, 309 Desnoyer Street in Kaukauna, with Father Tom Pomeroy officiating. Family and friends are invited to gather directly at the church on Tuesday morning from 9:00 AM until the time of the service. Entombment will be in Appleton's Highland Memorial Park. Memories and condolences may be shared by visiting www.wichmannfargo.com.

Pearl was a hard working and loving mother, wife, grandmother, great-grandmother, and sister. She will be sadly missed by all who knew and loved her.