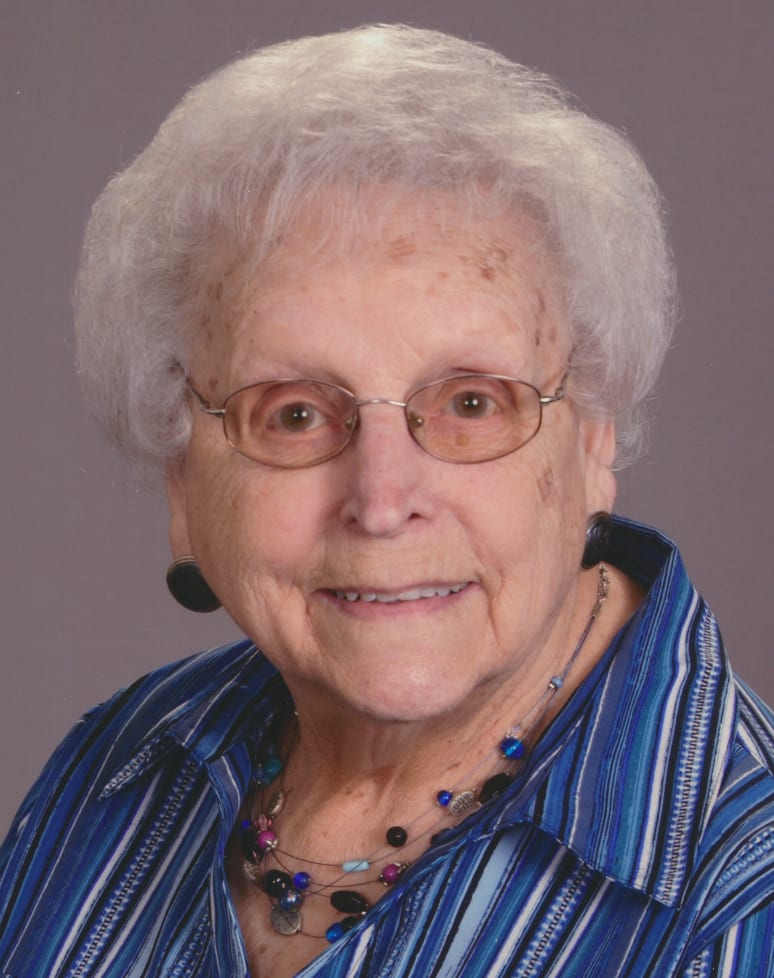 Pauline D. Niesen, Beautiful Mother, age 91, of Kaukauna, passed away on Saturday December 26, 2020 at home.  She was born March 5, 1929 in Little Chute, the daughter or Nicholas and Ann (Kroes) Huisman.  On September 26, 1953 she married Kenneth Niesen at St. John Catholic Church in Little Chute. She has been an active member of Holy Cross Catholic Church for the last 67 years.

Pauline was a great wife, mother, relative and friend. Mom had a wonderful sense of humor.  She had a great love for God and had an open house for anyone at any time. She worked at Zwicker’s Knitting Mill, the Post Crescent and Banta.  She enjoyed many activities such as ceramics, bowling, volleyball, sewing, gardening and camping, but mom’s all time favorite was Card Club with her high school girl friends. We all loved when it was her turn to host the Card Club.  As kids we would lie in bed and just listen to the laughter.  They remained life-long friends.  She was a volunteer at church and at Holy Cross School (Now St. Ignatius). She was in on the planning and volunteered at the start of the Loaves and Fishes Food Pantry in Kaukauna.  She was an excellent cook and baker.  There are many memories of coming home from school to the smell of fresh homemade bread, buns or cinnamon rolls just out of the oven.

The Funeral Mass for Pauline will be held at 11:00 AM on Thursday, December 31, 2020 at HOLY CROSS CATHOLIC CHURCH, 309 Desnoyer Street in Kaukauna.  Everyone will wear masks and social distance.

If unable to attend, a live stream of the Funeral Mass can be accessed at this website on December 30 at 11:00 AM.  Committal will take place at the parish cemetery.

Visitation will be held at the church from 9:30 AM Thursday until the time of mass.  A memorial fund has been established in her name.

Pauline’s family would like to send special thanks to the caregivers at Good Shepherd, Forest Glen, Unity Hospice (especially nurse Kevin), Fr. Mack, Deacon Steve and Wichmann-Fargo Funeral Home for their kind and compassionate care shown to Pauline.  We love and will miss you dearly, Mom.