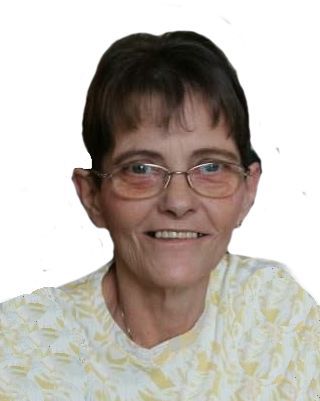 Paula M. Powell (Scovronski), ago 60, passed away on Monday, July 18, 2016 after a long hard fight with cancer. She was born on February 8, 1956 to the late James and Alice (Bruce) Scovronski. As a life-long resident of Appleton she enjoyed bird-watching, gardening and crafting. Her biggest joys in life were her two grandchildren, Logan and Hannah. They always put a smile on her face and warmed her heart every day.
Paula is survived by her husband, Timothy “Tim” Powell; her two sons, Chad (Beverly) Caron and their children, Logan and Hannah of Appleton and Eric James of Green Bay; three brothers, Robert “Bob” Scovronski, Steve Scovronski and Keith (Tammy) Scovronski; two sisters, Sandy Scovronski and Carla All. She is further survived by many nieces, nephews and other relatives.
In addition to her parents she was preceded in death by her daughter, Tammi Lyn Caron “T.L.C.”; sister, Patricia Ann Scovonski and her grandparents, Herman (Grace) Bruce and Henry (Joan) Scovronski.
The funeral service will be held on Thursday, July 21, 2016 at 6:00 p.m. at WICHMANN FARGO FUNERAL HOME, 537 N. Superior Street, Appleton. A time of visitation will be held on Thursday starting at 4:00 p.m. until the time of the service at the funeral home with Rev. Edward Looney officiating. In lieu of flowers, a memorial fund has been established in Paula's name. Online condolences can be offered at www.wichmannfargo.com.

Paula asks that you not be sad, but be happy that the pain is gone. Remember the good times shared. She also thanks her family and friends who stood by her. Another big thank you to Sarah Mickelson (social worker), with ThedaCare Cancer Center and the staff with ThedaCare Hospice, who helped in so many ways
Kisses and hugs to Logan and Hannah.