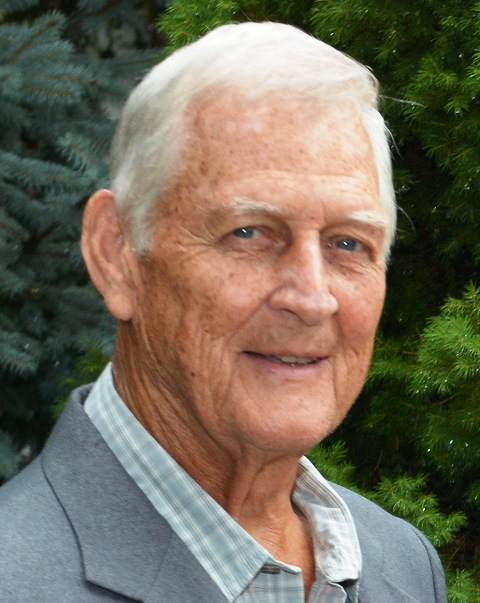 Family and friends may visit at the church from 10 AM to the time of mass.

He was born to the late Adelbert and Gertrude (Bibelhausen) Young on March 15, 1937 in Oconomowoc, WI.

Paul attended St. Mary Grade School in Menasha, WI and St. Nazianz Seminary in Valders, WI. In business, Paul had worked at the George Banta Corporation in Menasha and then, together with his wife Margie, became temporary foster parents to 210 children at the Outagamie County Receiving Home in Appleton, WI. He was also the owner operator of Lakeview Motel and Restaurant in Stockbridge, WI for 30 years.

Mr. Young is preceded in death by his parents Gertrude and Adelbert Young, his sister and brother-in-law Carol and Otto Korth, brother Ray Young, and sister-in-law Joyce Young.

He is also preceded in death by his parent-in-law Edmund and Theodora (Gietman) Cops, and sisters and brother-in-laws Nelly and Mart Van Nuland, Mary and Peter (Bill) Havinga, Annie and Ken Schuh, Dorothy and Joseph Van Nuland, Josie and John Vincent and Fr. Peter Cops.

A Funeral Mass will be celebrated for Paul at 11 AM on Friday, July 23, 2021 at Holy Spirit Catholic Church– Kimberly Site, 620 E. Kimberly Ave, Kimberly, WI 54136.  Family and friends may visit at the church from 10 AM to the time of mass.  Inurnment will be in Holy Name Catholic Cemetery, Kimberly.

In lieu of flowers, a donation to the Cops Foundation or the charity of your choice is appreciated.

The family would like to thank all the exceptional doctors, nurses and other personnel at the Intermediate and ICU departments at St Elizabeth Hospital in Appleton, WI, and at St Paul Elder Care Hospice in Kaukauna, WI for all the excellent care they had provided to Paul.

Please leave a special message or condolences for Paul’s family below.

Family and friends may visit at the church from 10 AM to the time of mass.