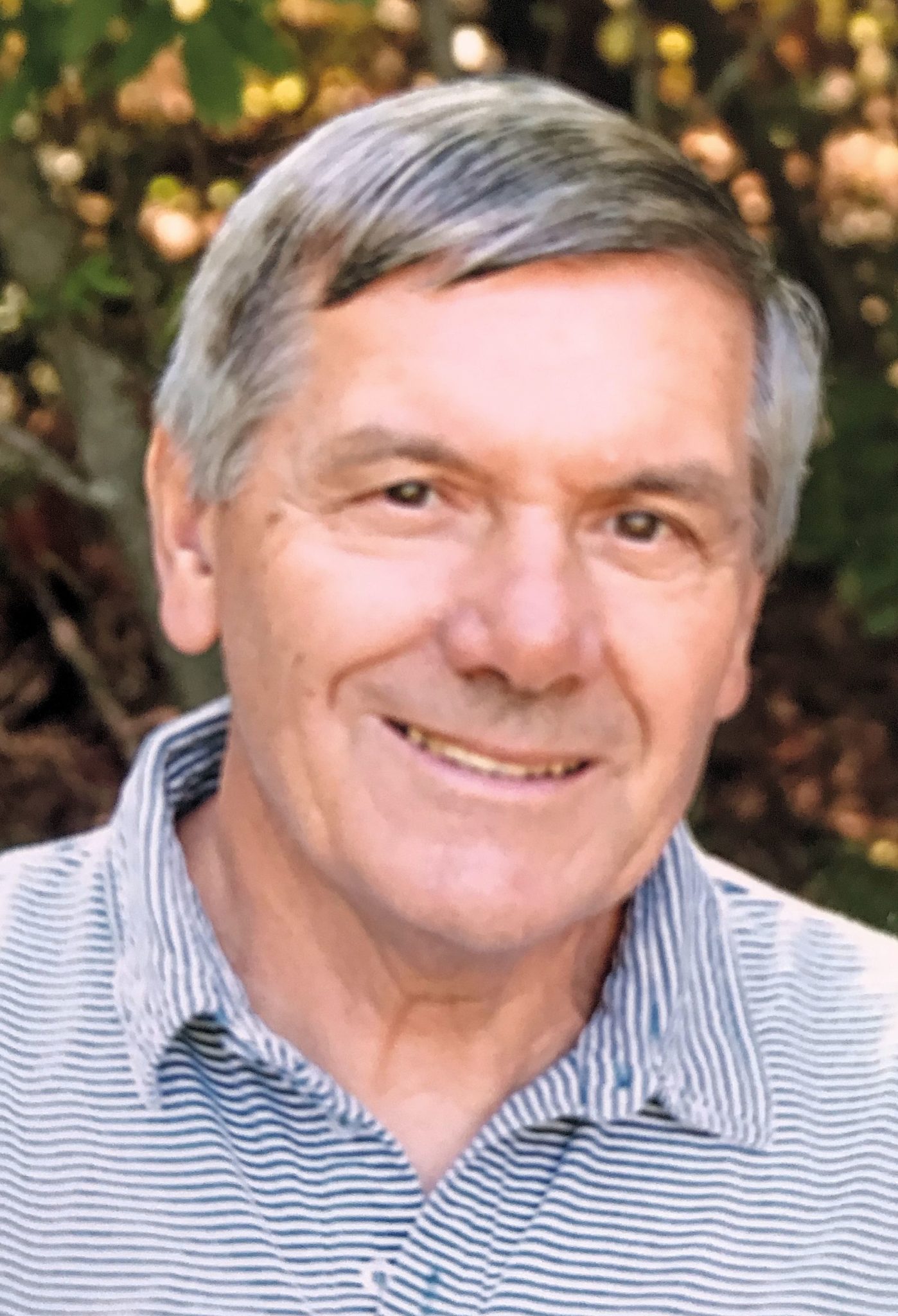 Visitation at the church from 10:00 AM until time of service.

Paul was a sojourner on this earth and he departed from us heavenward, victoriously, on Feb 1, 2020.

Paul’s work ethic, strength and devotion were hallmarks of his life. His family, friends, colleagues and community were all recipients of his countless generous and gifted contributions. An athlete, he excelled at many sports, especially as a pitcher in baseball and softball. He graduated from St. Norbert College in 1963 with degrees in Business and Accounting and earned his MBA from UW Oshkosh. Paul served for two years in the Army, earning the rank of 1st Lieutenant at Fort Hood, TX, then for six years in the Army Reserves. On April 11, 1964, he married Nancy M. Ballard, the love of his life, in Neenah, WI. Their wonderful marriage of 55 years was blessed with two daughters, two sons-in-law and four grandchildren. He loved projects, was a dessert connoisseur, and especially enjoyed the many fun times shared at their lake home in Waupaca, WI.

Paul was a respected leader in his career, which spanned 40 years in the Flexible Packaging industry, including 20 years with American Can Company, followed by his position as VP of Manufacturing at Duralam, Inc., a subsidiary of Sargento Cheese. Paul later became an owner of Duralam when Sargento sold the company, and then continued with Bemis Company for two years after they purchased Duralam.

While Paul retired professionally in 2003, he never really “retired.” He immediately became an active volunteer with the Housing Partnership of the Fox Cities (now Pillars), where he helped to build and renovate housing for people in need, for the next 15 years. Paul also generously used his talents and craftsmanship to serve family and friends by doing countless projects over the years, with humility, love and patience.

Most importantly, Paul was a Christian who came to understand that his life was a gift from God, to be used by God. He was an active member of Appleton Alliance Church and its community since 1983, where he grew in his faith and character. He cared deeply for the lives and souls of those he knew, intentionally investing in their lives through his words and prayers. When Paul was diagnosed with ALS in April, 2019, he was determined to “finish well” with a grateful and positive heart and to make the most of each day. Everyone who has crossed paths with Paul knows what a remarkable man he was, through the grace of God. Paul would want nothing more in his death than to have others share in the joy that he found in Christ.

Paul will be missed dearly by his wife, Nancy; daughters Julie (Dave) Garnache and Michele (Scott) Velting; and grandchildren: Alicia, Peter, Bridgette and Karissa Garnache. In addition to his parents, Paul was preceded in death by his brother, John Schwemin and sister, Mary (Robert) Grimes.

Visitation for Paul will be held at Wichmann Funeral Home Tri County Chapel, 1592 S. Oneida Street, on Friday  February 7th from 4:00 to 7:00 PM. Funeral services for Paul will be held at Appleton Alliance Church, 2693 W. Grande Chute Blvd, Appleton on Saturday, February 8th at 11:00 AM with Pastor Mark Harris officiating. Visitation at the church from 10:00 AM until time of services.  Paul’s family would appreciate floral tributes or memorials to Pillars, Inc. in Paul’s name.

“Blessed is the man who remains steadfast under trial, for when he has stood the test he will receive the crown of life, which God has promised to those who love him.” James 1:12

Visitation at the church from 10:00 AM until time of service.