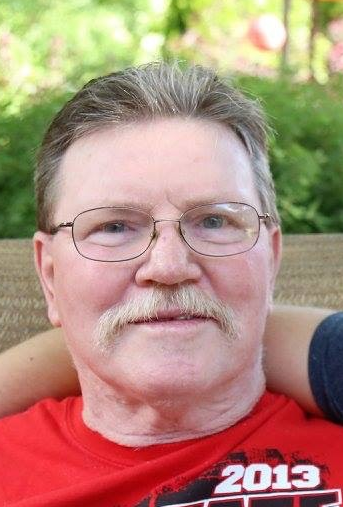 A Celebration of Life

Born March 23, 1948, to the late Dave & Muriel  Robinson, Oshkosh.  Paul proudly served in the United States Army with active duty in Vietnam as a Combat Engineer.  He married his soulmate & love of his life, Carmen Koerner, on June 22, 1985. Paul was mechanically talented with a creative edge.  He enjoyed his man-cave spot at his workbench & visiting the hardware store for supplies.  His woodworking produced beautiful pieces; once a sanded & sealed oak tree cut he gifted to his longtime doctor. Paul’s humorous observations made him many friends over the years including  Pierce Mfg where he worked for 10 years. Service-related illnesses forced Paul into early retirement .  Paul was an avid hunter who loved preparing for the yearly deer hunting season as much as the hunt itself.  In spite of limitations he remained an excellent shot with successful harvests.  The woods was his heaven on earth.  He enjoyed family time, home-cooked meals, an occasional longneck Bud Lite with friends, riding his lawnmower, old Westerns, country & Christian music, reading his Bible, and the Green Bay Packers.  He was also a fun & loving Grandpa who wore Kimberly High School sweatshirts that sparked conversation about his 2 grandkids. He greatly enjoyed any time spent with the grandkids & was so proud of their accomplishments over the years.

Paul loved his Lord & Savior, Jesus Christ, above all.  His faith was strong & unwavering. It began as a seed planted by his grandmother, giving him strength in Military combat and throughout his life. He was God’s faithful servant often sharing scripture & planting more seeds in unconventional places if he sensed the Spirit. Paul’s Holy Bible is battle-worn & fully highlighted; a testimony to years of seeking & loving the Word of God.

“I love the Lord, because He hath heard my voice and my supplications. Because He hath inclined His ear to me, therefore will I call upon Him as long as I live”.  Psalm 116: 1-2 KJV

A Celebration of Life