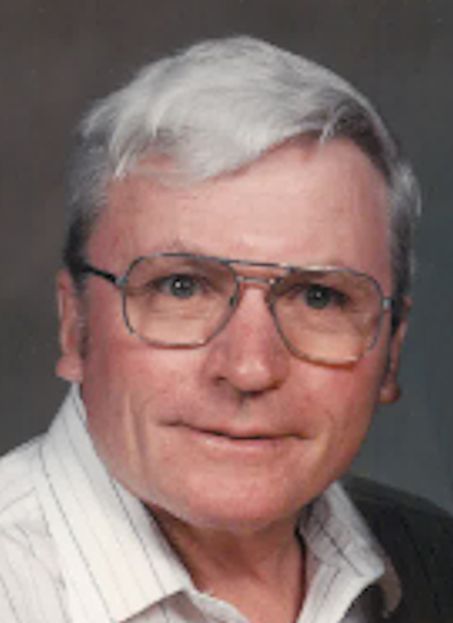 Paul “Pugo” VanderLoop, age 81, passed peacefully at St. Paul Elder Services on Wednesday afternoon, June 6, 2018. Paul was born in Brillion on September 29, 1936, son of the late Richard and Leona (Brochtrup) VanderLoop. He and the former Wilma Kruse were married at St. Mary Catholic Church in Kaukauna on July 3, 1957, very shortly after Paul’s discharge from the military. He had previously served as Specialist 3rd Class in the United States Army from September of 1955 until June of 1957.

In his working career, Paul was a crane operator and member of Operating Engineers Union Local # 139. Over the years, he worked for many different heavy equipment and construction companies including Boldt Construction and Dawes Crane, but at the time of his retirement was working for Spancrete.

Paul had many pastimes and loves in his life. He loved cars of all kinds, followed the NASCAR races, and enjoyed baseball, bowling, and football. He loved to take the family tubing and skiing. In his later years, he and Wilma enjoyed the winter months in Florida, where he liked to play tennis with his friends. Paul was a wonderful husband, father and friend to many - he will be missed by all who knew and loved him.

The funeral liturgy for Paul will be held at 12:00 Noon on Saturday, June 16, 2018 at St. Katharine Drexel Parish - St. Francis Church, located at 433 County Road CE in Hollandtown. Full military honors will follow the mass. Family and friends are invited to gather at the church on Saturday morning from 9:00 AM until the time of the service.

The family would like to extend their sincere thanks to the many caregivers who were so loving and compassionate to our family. They include everyone at Aspire Senior Living in Kimberly, the staff at St. Paul Elder Services, and St. Paul Hospice. We will never forget your kindness.