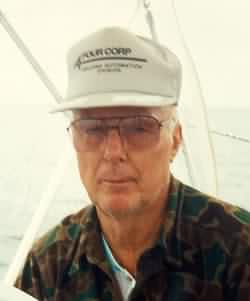 Age 83, died on Thursday, October 25, 2001 at Cherry Meadow‚Äôs Hospice. Patrick was born on March 17, 1918, son of the late George and Emma (Bouressa) Lemmers. He married Johanna Jansen on June 20, 1944, and they enjoyed over 54 years of marriage, until she preceded him in death in 1998. Patrick loyally served his country in the Air Force during World War II and Korea; retiring after 15 years. He was employed as a mail carrier for the Appleton Post Office for 15 years. Patrick was a lifetime member of the V.F.W and the Disabled American Veterans. He loved fishing and hunting; especially in the Upper Peninsula. Patrick will be greatly missed by his daughter, Patricia Anne (David) Rock, Oshkosh; his 2 sons, Gregory (Diane), Muskego; Patrick (Sally) Lemmers, Neenah; his brother, Carl (Rita), Kimberly; and his grandson, Bryan Buchberger, New York. He was preceded in death by his sister and 3 brothers. The Funeral Mass will be held at 11:30 a.m., on Tuesday, October 30, 2001, at ST. PIUS X CATHOLIC CHURCH, 500 West Marquette Street, Appleton, with Fr. Donald Zuleger officiating. The entombment will be held at Highland Memorial Park. Friends will be received at the church on Tuesday from 9:30 a.m. until the time of service. Military honors will be performed following the service at church. In lieu of flowers, a memorial fund has been established.