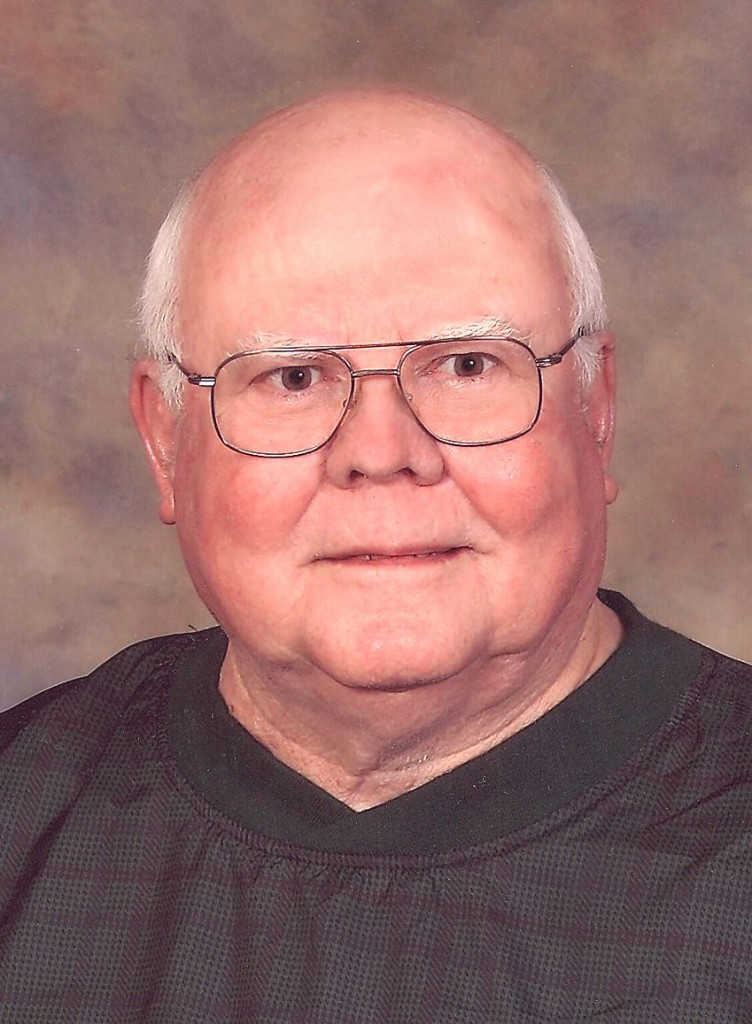 Patrick H. Finnegan, age 85, formerly of Kaukauna, passed away on Friday, April 13, 2018 at Park Vista Retirement Living in Waupaca. He was born on April 30, 1932 to the late Robert and Myra (Cashman) Finnegan. Pat grew up on a farm in Hollandtown and attended St. Francis Grade School in Hollandtown. He was a member of the 1949 graduating class of Kaukauna High School and went on to major in Education and Mathematics at St. Norbert College, graduating in 1953. He participated in track and was a member of the 1950 and 1952 undefeated football teams.

From 1953 to 1955, Pat served in the US Army, stationed at Fort Benning and Fort Leonard Wood. On August 4, 1956 Pat married the former Lois Koenig of West DePere. They then settled in Madison for Pat to pursue his Master’s Degree at the University of Wisconsin in Madison. In 1957, Pat's career took the family to the Milwaukee area and then in 1961 they settled in Kaukauna, where Pat worked for Home Mutual Insurance Company (currently Secura) where he held the positions of Computer Programmer, Data Processing Manager and Internal Auditor. After being employed there for 33 years, he retired in 1994.

Pat was a member of St. Mary Magdalene Catholic Church in Waupaca and St. Aloysius Catholic Church in Kaukauna. While at St. Al's he served as a lector and was the past president of the St. Al's School Board. Pat was a life-time member of the Kaukauna Elks Club, serving as Exalted Ruler in 1969 and 1970. He was also the past president of the Kaukauna High School Alumni Board and continued to be an active member. He was also a member of the St. Norbert's College Alumni Board.

Patrick was an AVID Green Bay Packers fan, being a season ticket holder since 1961. He also enjoyed golfing, reading and traveling. Being very proud of his Irish heritage, he traveled to Ireland twice.

In addition to his parents, Pat was preceded in death by his wife Lois, his son Tim, his brother Hugh and his brother-in-law Donald Koenig.

The Funeral Liturgy for Pat will be held at 12:00 Noon on Saturday, April 21, 2018, at St. Katharine Drexel Parish – St. Francis Church, located at 433 County Road CE in Hollandtown. Fr. Willie Van De Loo will preside, assisted by Pastoral Leader Steve Vande Hey. Burial will be at St. Francis Cemetery. Family and friends are invited to gather at the church on Saturday morning from 9:30 AM until the time of the mass at noon.

In honor of Patrick's Irish heritage, the family is asking for all to be “wearing of the green”.

In lieu of flowers, a memorial fund has been established in his name to the Kaukauna High School Alumni Association.

The Finnegan family would like to express their heartfelt thanks to the staff at Park Vista Assisted Living, Waupaca, the place Pat called home for the past 15 years, for all their love, devotion, care and support they offered him and us. To Dr. Ellen Wenberg: We love you! You're the best! Fr. Willie, you will always hold a very special place in our hearts. They would also like to express their gratitude to the wonderful nursing staff at ThedaCare at Home Hospice for the tender loving care they showed dad these last few weeks.