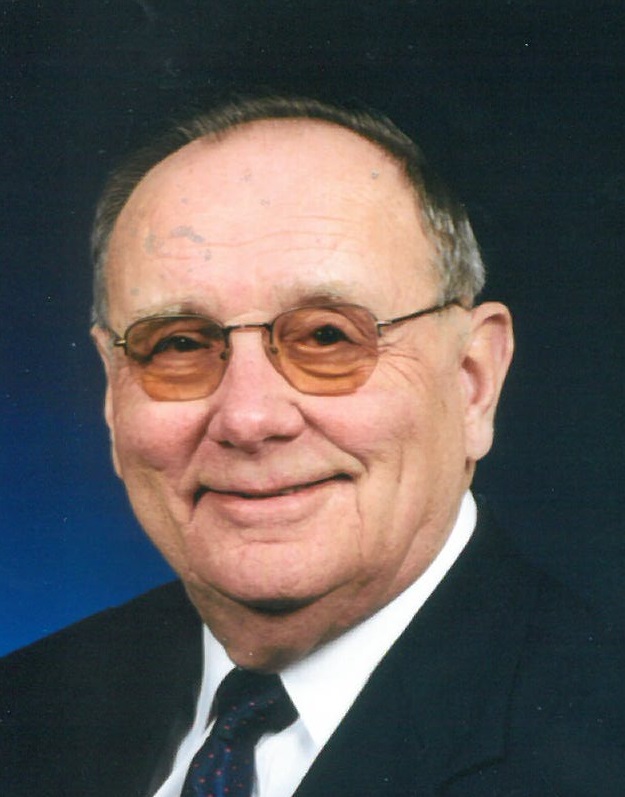 Pat Kenney, age 83 and a lifelong resident of Kaukauna, passed away at St. Paul Villa on Saturday evening, July 28, 2018. Pat was born in Kaukauna on March 24, 1935, son of the late Donald and Evelyn (Hoffman) Kenney. Pat attended Holy Cross School and was a 1953 graduate of Kaukauna High School. For six years, he served with the U.S. Army Reserve 291st Engineering Battalion.

Many will remember Pat for his decades of taking good care of his customers at Gustman’s in Kaukauna. He was a member of the Knights of Columbus Council 1033 since 1951, and American Legion Post #258 in Little Chute. He was also a longtime and faithful volunteer for the American Heart Fund, and helped with their annual fund raising campaign.

Pat met the love of his life, Judy Hieptas, whom he married on July 5, 1958. Together, the couple had been longtime and active members of St. Katharine Drexel Parish (St. Mary’s) in Kaukauna where he served as an usher for many years. Pat and Judy celebrated their 50th wedding anniversary in 2008, and Judy passed away in 2014.

He loved playing cards and his many fishing trips with family and friends.

Pat was preceded in death by his parents, his wife Judy, brothers Tom Kenney and Emmett “Jack” Kenney, a brother-in-law Ed Neudauer, and sisters-in-law Chris Mayer and Toni Hietpas.

The funeral liturgy for Pat will be held at 12:00 Noon on Thursday, August 2, 2018 at ST. KATHARINE DREXEL PARISH - ST. MARY CHURCH, 119 W. 7th Street in Kaukauna with Fr. Donald Everts officiating. Entombment will follow at St. Joseph Cemetery in Appleton. Family and friends are invited to gather at the church on Thursday morning from 9:00 AM until the time of the service.

The family would like to offer their sincere thanks to everyone at St. Paul Elder Services for their love and care, and to Ellen Scheibe who made sure Pat was included in the many activities that she had planned for the gang. We will be forever thankful for your efforts.

Perhaps Pat’s greatest love was visiting with everyone. Pat knew no strangers, for after a minute or two (or more) of conversation, he had already made a new friend.