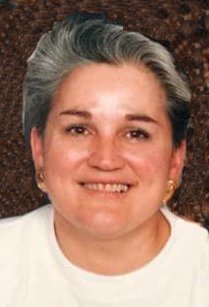 Patricia L. Salm (Cooper), 67 years, passed away June 22, 2017 at her home in Little Chute, Wisconsin. She was born on September 6, 1949 to her parents James E. and Betty Cooper in Beatrice, Nebraska. Patti graduated from Clark High School in Clark, South Dakota, class of 1967. On February 17, 1984 Harold “Ringo” and Patricia “Patti” Salm were married at JM Paine Presbyterian Church in Carlton, Minnesota. They were happily married for 21 years until Ringo passed away on October 15, 2005.

Patti was an office manager with Northwest Bell Telephone Company for many years. She also worked in the Appleton area as a waitress at the Darboy Club on Friday Fish Fry and was a bookkeeper for her husband's company, Salm Plumbing. Patti was an accomplished seamstress, knitter and crafter. Many of her family and friends have treasured items made by her hard working hands. She was an avid bird watcher and fond of nature and the wildlife it nurtures.

In lieu of flowers, memorials in Patti's name may be made to the American Cancer Society.