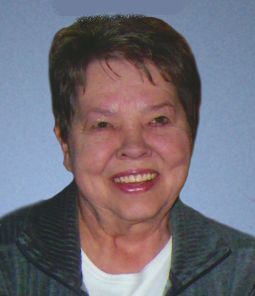 Patricia Peotter, age 74, passed away on Wednesday, November 30, 2016, after an unexpected and brief battle with cancer. Pat was born in Green Bay on August 19, 1942, daughter of the late Wilbur and Verna (Brocker) Bunkleman. She attended Seymour High School, and on November 16, 1961, Pat married August “Augie” Peotter in Shawano, and the couple was blessed with the births of three children. After her children were grown, Pat returned to school, and graduated from FVTC with a degree in accounting at the age of 45.

Pat was a loving and caring woman who simply loved her family, and was the glue that held them all together. She valued family gatherings and time spent with her loved ones above everything else. Camping, casino trips, bus trips, travel, and watching the Packers, Badgers, and Brewers was also more fun with family around. In her later years, she so enjoyed her grandchildren and great-grandchildren, and was looking forward to two great-grand-babies who are on the way.

Pat is survived by her loving husband of fifty-five years: Augie Peotter of Appleton; three children: Greg (Tanya) Peotter of Iola; Chris (Charlie) Jansen of Appleton; and Michele (Rafael) Tsenane of Menasha. There are also twelve grandchildren and twelve great-grandchildren. Pat is also survived by two sisters: Janice Sawall of New London and Julie (Steve) Dyer of St. Mary's, Georgia. Other survivors include Augie's brothers and sisters: Judi (Ron) Freimuth of Mackville; Jerry (Sally Resop) Peotter of Seymour; Pat Bertrand of Minnesota; Jim (Diane) Peotter of New Franken; Sara Peotter of Minnesota; Mark (Brenda) Peotter of Green Bay; Randy Peotter of DePere; and Doug Peotter of Seymour. She also leaves behind her special friend, Dixie Meyer. There are also many nieces, nephews, other relatives, and many friends. Pat was preceded in death by her parents, a brother-in-law Vern Sawall; sisters-in-law Adele Peotter and Josephine Peotter, and by Augie's parents Marvin and Florence Peotter.

The funeral liturgy for Pat will be held at 11:30 AM on Friday, December 9, 2016 at St. Bernadette Catholic Church, 2331 E. Lourdes Drive in Appleton, with Fr. Donald Zuleger officiating. Family and friends are invited to gather at the Wichmann Funeral Home on Thursday, December 8 from 4:00 PM until 7:00 PM, and again at the church on Friday morning from 9:30 AM until the time of the mass. For more information or to share a memory of Pat, please visit www.wichmannfargo.com. Memorial funds in Pat's name are being established for ThedaCare at Home Hospice and Fox Valley Hematology and Oncology.

The family would like to offer their thanks to the staff on the 7th floor at ThedaCare Medical Center in Appleton, everyone in Pastoral Services for their visits and prayers, and to the physicians and staff at Fox Valley Hematology and Oncology. We will always remember your kindness.

To my family: If I had to choose between loving you and breathing . . . I would use my last breath to tell you, “I love you all.”