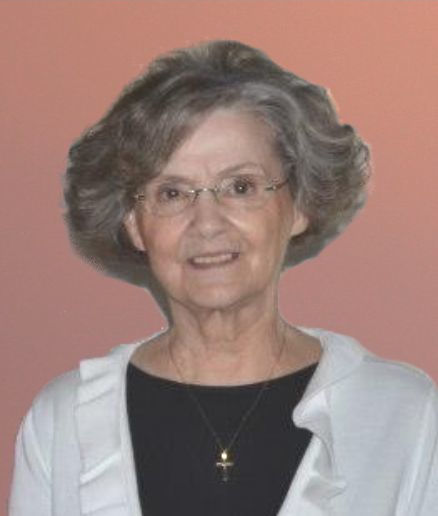 Patricia A. French, 74, passed away peacefully surrounded by her family into the loving arms of Jesus on Monday, December 11, 2017. Patricia was born on March 25, 1943. She was the second child of the late Louis and Josephine (Thein) Voster in Appleton. Patricia was a 24 year Breast Cancer survivor. She exhibited great courage and strength throughout her treatment and didn't miss a beat in her work or personal life. Unfortunately, in September of 2016, Pat was again diagnosed with cancer – this time it would be Small Cell Lung Cancer. Pat showed the same strength, courage and faith under the care of Dr. Gunthier, for the second time. Throughout her fight, she never stopped smiling, making jokes and maintaining her positive outlook on life.

A lifetime resident of Appleton, Patricia attended Sacred Heart Catholic School and Appleton High School (class of 1961). She liked to share with others that her older brother Gerald was her very first friend. But it was her younger brother, David who introduced Pat to his best friend who would later became her best friend, life partner and husband, Curtis French. She married her beloved husband of 49 years at Sacred Heart Church on April 27, 1968. Pat was a member of St. Pius X for most of her married life and was a very active church member. Both of her children attended St. Pius grade school, she was a catechist and eventually worked as the parish secretary at St. Pius. She had a special love for the deaf community. After taking sign language classes at FVTC, she became an interpreter for several families in the deaf community. It was her tenacity and outgoing personality that helped her get TTY's in the local hospital emergency rooms. Growing up with piano lessons, she had a love and an ear for music. She developed a special love for string instruments as she took her children to cello lessons, violin lessons, concerts, and recitals. One of her favorite jobs was as the office manager of StringWorks Inc. (now in IL), founded by her son Todd. She would put other customer service representatives to shame as she strived to go above and beyond to make sure their customers were happy with their stringed instrument purchases. During her recent retirement, she became a care minister. It was such a privilege and joy for her to bring Jesus to those who were sick at AMC. She was also a weekly adorer at the St. Pius X Adoration Chapel. Her faith was so very important to her and she enjoyed sharing her faith with those God put in her path. For her, taking her children to Holy Hill was her favorite kind of family trip.

Patricia was truly loved by all those who met her, and particularly by those blessed enough to know her well. Pat had a very loving, enthusiastic and attentive personality. If you were talking with her, you felt like the only person in the world. Her listening ear and caring heart made a big impact on the lives she touched each and every day of her life. She would always say, “If you don't have anything nice to say, don't say anything at all.” Patricia's faith, positive nature and love for others will live on in the hearts and lives of those she touched!

Funeral services will be held at 12:00 Noon, on Saturday, December 16, 2017, at SACRED HEART CATHOLIC CHURCH, 222 E. FREMONT ST., APPLETON, with Fr. Donald Zuleger officiating. Interment will be in St. Joseph Cemetery, Appleton. Friends may call on Saturday at the church from 10:00 am until the time of the Mass. In lieu of flowers, memorials are appreciated in her name.

Patricia’s family would like to extend a sincere thank you to all the staff at St. Paul Elder Services, as well as their hospice staff.