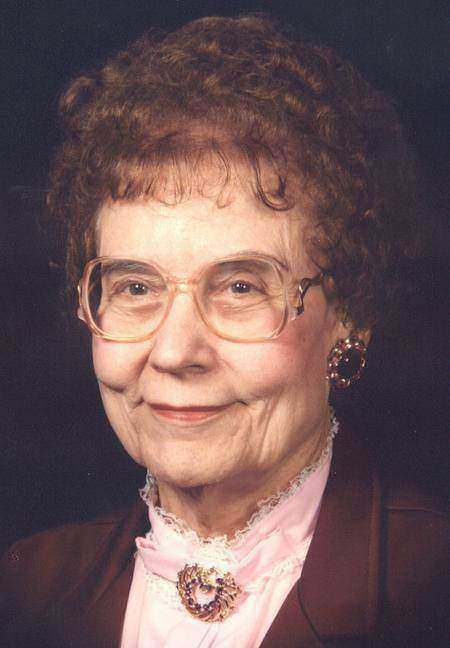 Formerly of 410 Main Avenue, Kaukauna, died Friday afternoon, January 9, 2004, at Colony Oaks Care Center. She was born February 27, 1907, to the late Anton and Mary (Wolfinger) Vanderloop, in the Town of Woodville and had been a Kaukauna resident most of her life. Ozee had been employed by the Sensenbrenner and Bergstrom families as a housekeeper and personal maid. She was a member of St. Mary Catholic Church, Kaukauna and its Alter Guild, and the Golden Agers of Kaukauna. Survivors include her sister, Delores Kappell, Kaukauna; 60 nieces and nephews and many great nieces and nephews; three sisters-in-law, Leone Vanderloop, Menasha; Helen Lamers, DePere; Ceil Davidson, Omro. She was preceded in death by her husband Roy F. Smith, in 1966 and 10 brothers and sisters, Josephine (Henry) Heiting, Cora (Steve) Wittman, Kate (Peter) VerBockel, Richard (Leona) Vanderloop, Alvina (John) Bergman, Helen (Francis) Peters, Lucina (Henry) Seibers, Norbert Vanderloop, Eugene Vanderloop and Cyril Vanderloop. The funeral liturgy for Ozee will be held at 11:00 am, Tuesday, January 13, 2004, at ST. MARY CATHOLIC CHURCH, 119 West Seventh Street, Kaukauna, with Father David Schmidt officiating. Burial will be in St. Mary Cemetery. Friends may call at the church from 9:30 am Tuesday, until the time of the mass. A memorial fund is being established.