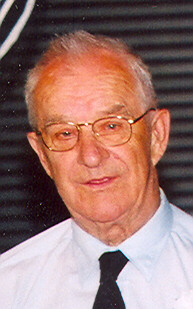 Age 90, passed away at Parkside Care Center in Little Chute on Friday, April 10, 2009. He was born in Appleton on June 11, 1918 the son of the late Charles and Ida (Sternagel) Kirk. Otto attended St. Paul Lutheran School and graduated from Appleton West in 1936. On June 25, 1955 he married his wife of 53 years, Anna M. Conard. He was an avid baseball player and played for the Philadelphia Phillies for over 2 years. After injuring his thumb, he played for the Fox River Papermakers, which was Appleton's first pro baseball team. In 1946, Otto was an all-state baseball player. He was proud to attend many Red Smith dinners, honoring baseball players of the past. Otto was active in almost every sport, including bowling, where he won many championships. He worked for Pacon Corporation as a trimmer operator for 21 years, retiring in 1983. Otto was very proud of his family and enjoyed spending time with his grandchildren and great-grandchildren.

The funeral service will be at 12:00 p.m. on Tuesday, April 14, 2009 at ZION LUTHERAN CHURCH, 912 N. Oneida St., Appleton, with Rev. Ron Nielson officiation. Friends will be received at the church on Tuesday from 9:00 a.m. until the time of the service. Burial will be in Appleton Highland Memorial Park.

The family extends a special thank you to Parkside Care Center and Affinity Hospice for the kindness and good care they gave to Otto.

In lieu of flowers, a memorial fund is being established in Otto's name.