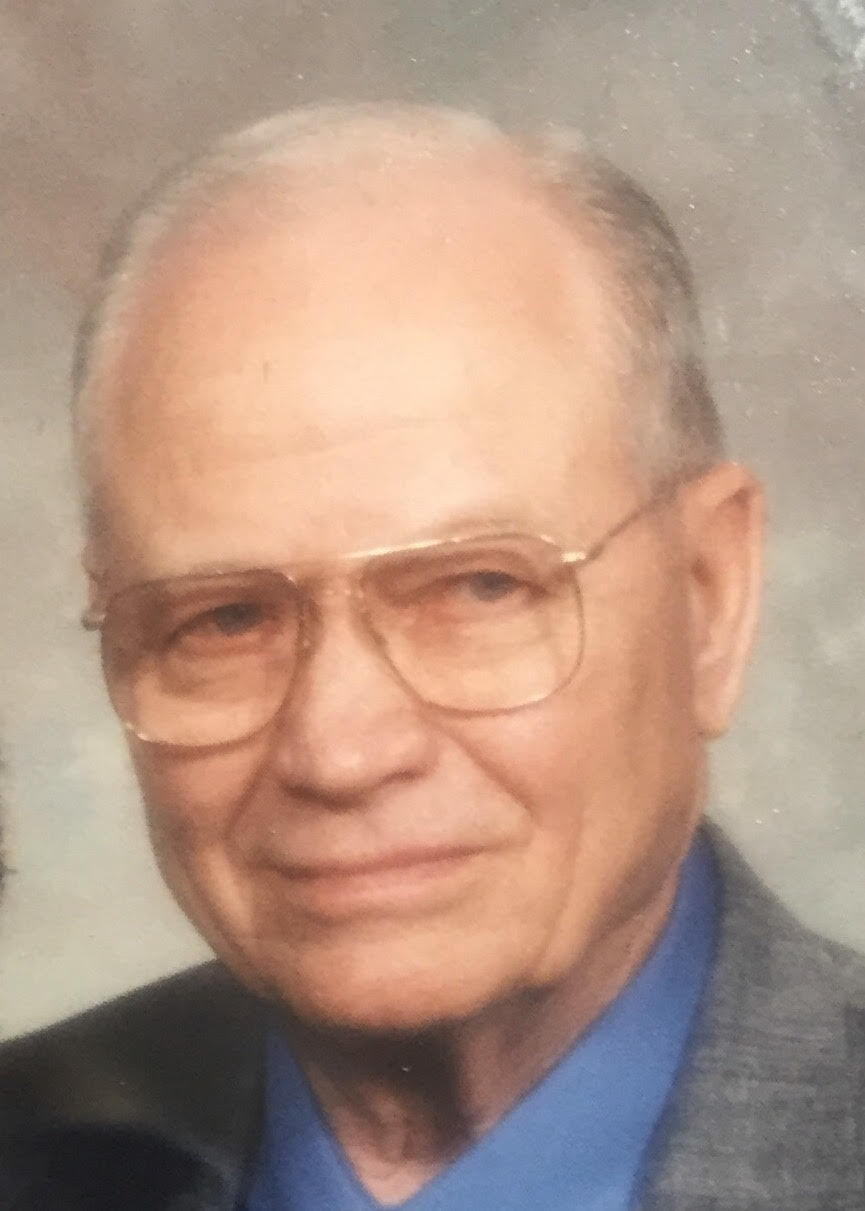 Otis LaVerne Rice, age 93 of Little Chute, passed away peacefully on Thursday afternoon, December 17, 2015 at Century Oaks Assisted Living. He was born on June 24, 1922 in Emerson, Iowa, the fourth of eight children born to the late Reuben and Bonnie (Edie) Rice. Most of his childhood was spent in Tabor, Iowa, where he graduated high school. Otis was working in Tabor as a truck driver when World War II was declared and on November 13, 1942, he was inducted into the Army at Fort Leavenworth, Kansas. He was assigned to the 268th Field Artillery Battery “A” as a radio repairman. He served throughout central Europe, northern France, Ardennes (Battle of the Bulge) and the Rhineland. He was discharged on January 11, 1946. Otis was a life member of the American Legion Post 258 in Little Chute.

Otis married Ferill Jeane Dalton on March 7, 1946 in Neosho, Missouri. Shortly after their marriage, Otis and Ferill moved to Tabor where they started his business in 1951, Rice Electrical Wiring. Otis served as a Boy Scout Leader, a DeMolay Dad, and a Rainbow Dad. He was a member of the local Masonic Lodge and past master of the Lodge. He became a member of the Tangier Shrine through the Scottish Rite. Otis is a past patron of the Order of the Eastern Star and was a volunteer firefighter. In the early 1960's Otis did the electrical wiring on his first nursing home in Glenwood, Iowa. From that time, he knew what his real calling was. He launched a new career doing electrical work in numerous nursing facilities in Wisconsin and Indiana. This eventually led to him and his son forming Rice and Rice, Inc., and building nursing facilities in Wisconsin and Michigan. Otis and Larry next formed Rice Health Care Facilities which owned and operated facilities throughout Wisconsin and Upper Michigan through 2014.

Otis and Ferill were both collectors. In 1976, they co-founded Fenton Art Glass Collectors of America. It grew from the ten local charter members into an international collectors club, dedicated to the study and preservation of Fenton Art Glass. Otis served as president of the club and was a lifelong member of its board of directors.

A funeral service for Otis will be held on Sunday, December 20, 2015 at 3:00 PM at the Wichmann Funeral Home, Tri County Chapel, 1592 Oneida Street in Menasha, with Rev. Judy Deckert officiating. There will be a masonic visitation for Otis at the funeral home on Sunday at 2:45 PM, immediately preceding the funeral service. Burial with full military honors will take place in Riverside Cemetery. The family will receive friends at the funeral home on Sunday from 1:00 PM until the time of the services.