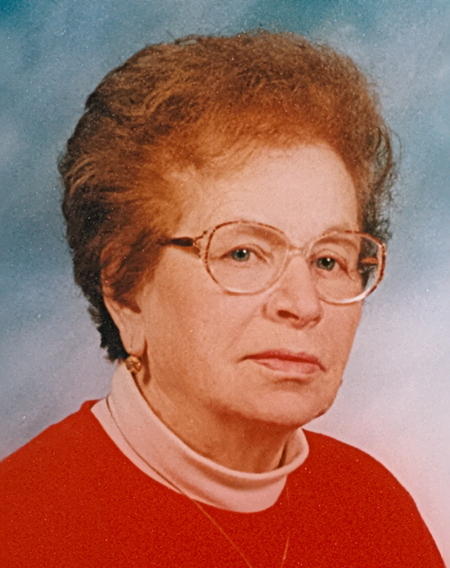 Otilia Thomas, of Kimberly, age 97, died on Saturday, November 8, 2008 at the St. Paul Home in Kaukauna. She was born on April 16, 1911 in Iron Mountain, Michigan, the daughter of the late Joseph and Emma (Astolfi) Pennoni. Otilia grew up in Iron Mountain, attending the city schools and working in a downtown department store. She was instrumental in making a pleasant home environment for her siblings, taking a leadership role in maintaining the household. Otilia married John E. Thomas in Iron Mountain on June 5, 1937. They moved to the Fox Valley area in 1948. Otilia was employed at Zwicker Knitting Mill, Heckert Shoes and retired from J.C. Penney in 1972. Following retirement, Otilia kept busy as a “lunch lady” in the Appleton School System, a seamstress at the Kaukauna Hospital and a food demonstrator in various grocery stores. She was a member of the Kimberly Golden-Agers, the Ladies of Holy Name and the Penney #342 Retiree Group.

The funeral liturgy for Otilia will be held at 12:00 noon on Wednesday, November 12, 2008 at HOLY SPIRIT PARISH – KIMBERLY, 600 E. Kimberly Avenue. Father David Beaudry will be officiating. Interment will take place at the parish cemetery. The visitation will be held at the Jansen Fargo Funeral Home on Tuesday from 5:00 – 7:00 pm and again at the church on Wednesday from 11:00 am until the time of mass.

The family thanks the many friends and neighbors who have been a part of Otilia's life, as well as the staff of St. Paul's Villa, St. Paul's Home and St. Elizabeth Hospital.