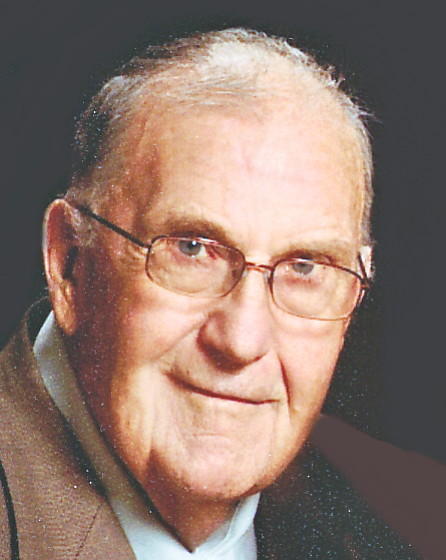 Orvin Rieckmann, age 84 of Appleton, was peacefully called home to his Lord on Tuesday evening, June 19, 2012. Orvin was born in Neenah on June 1, 1928, son of the late Alfred and Lillie (Raatz) Rieckmann. Following high school, he worked on the family farm for a time, but many will remember Orvin for his thirty years of employment at Central Paper Company in Menasha. On July 10, 1948, he married the former Phyllis Tiedt at Bethlehem Ev. Lutheran Church in Hortonville. Over the years, Orvin enjoyed bowling, fishing, camping, Friday fish dinners, and family get togethers. He was a member of the Merry Makers Dance Club, the Winchester Historical Club and Mount Olive Ev. Lutheran Church. In his retirement, Orvin enjoyed driving for Lakeside Work Adjustment, helping to get disabled persons home from work. He also enjoyed volunteering as a custodian at church.

In addition to his wife Phyllis, Orvin is survived by seven children:

Jerold (Yvonne) Rieckmann of Marquette, Michigan and his family: Terri Jo Saarela and children Davin and Kjerstin; and Jon Rieckmann. There are also numerous step-grand and step-great-grandchildren.

Charlene Rieckmann of Darboy and her family: Zachary Rieckmann; Kassidy Rieckmann and her fiancé Dustin Riese; and Tyler Rieckmann;

Other survivors include brothers-in-law: Ray ( Muriel) Tiedt, Norman (Delrose) Tiedt, and Myron “Mike” Tiedt; and a sister-in-law: Sally Tiedt. Orvin was preceded in death by his parents, brothers Norman and Arlyn Rieckmann, and a brother-in-law: Wilmer Tiedt.

The Christian Funeral for Orvin will be held at 11:00 AM on Saturday, June 23, 2012 at MOUNT OLIVE EV. LUTHERAN CHURCH, 930 E. Florida Avenue in Appleton, with Rev. Robert Raasch officiating. Interment will be in Highland Memorial Park. Friends may call directly at the church on Saturday morning from 9:00 AM until the hour of the services. Online condolences may be offered at www.wichmannfargo.com. In lieu of flowers, a memorial fund is being established at Mount Olive Ev. Lutheran Church.