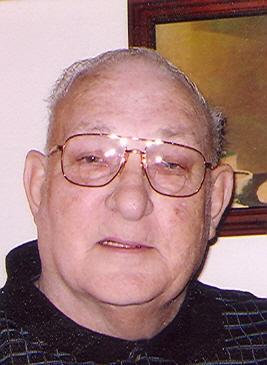 Orrin H. “Bud” Damsheuser, age 75, passed away at his home on Monday, December 21, 2009. He was born on January 6, 1934 in Appleton; son of the late Herman and Rose (Bolte) Damsheuser. He was baptized on January 23, 1934 and confirmed on March 21, 1948 at St. Paul's Lutheran Church, Appleton. Bud graduated from Appleton High School on June 5, 1952. On February 6, 1954 he was united in marriage to Joyce Kuse at St. Paul's Lutheran Church in Appleton. He worked for Valley Iron/Allis Chalmers/Metso for over 43 years retiring in January of 1996. Bud enjoyed camping, polka music, playing sheepshead and cribbage. He also was an avid model car collector and loved ice cream, mixed nuts and car rides. He is survived by his wife Joyce Damsheuser, Appleton; his 6 children, Gary, Las Vegas, NV, Becky (Steve) Nowak, Orlando, FL, Randy (Pamela), Little Chute, Charles (Connie) Menasha, Guy (Sue), Appleton and Bonnie (Randy) Bengel, Menasha, 13 grandchildren, 5 great-grandchildren. He is also survived by his brother, Neil (Carol), sister, Kathleen (Glen) Mollen and sisters-in-law, Florence (Don) Kostka, Janice (Rich) Subert, Rosie (Bill) Kohl and Lois Kuse. Bud is further survived by numerous nieces, nephews and friends including the special friends of his R.O.M.E.O. group. Orrin was preceded in death by his parents, daughter, Cheryl Ann, sister, Delores Schroeder, brothers-in-law, Bernie Schroeder, Eugene Kuse and Leroy Kuse and sister-in-law, Barb Kuse. Funeral services for Orrin will be held on Sunday, December 27, 2009 at 3:00 p.m. at ST. PAUL EV. LUTHERAN CHURCH, 302 N. Morrison St., Appleton with the Rev. Kenneth L. Frey officiating. Family and friends may visit at the church on Sunday from 1:00 p.m. until the time of the service. Entombment will take place in Highland Memorial Park, Appleton. In lieu of flowers, a memorial fund is being established in his name.

Orrin's family would like to say a special thank you to the staff of Theda Care at Home Hospice for their wonderful care and concern.
Wichmann Funeral Home
537 N. Superior St.
Appleton (920)739-1231