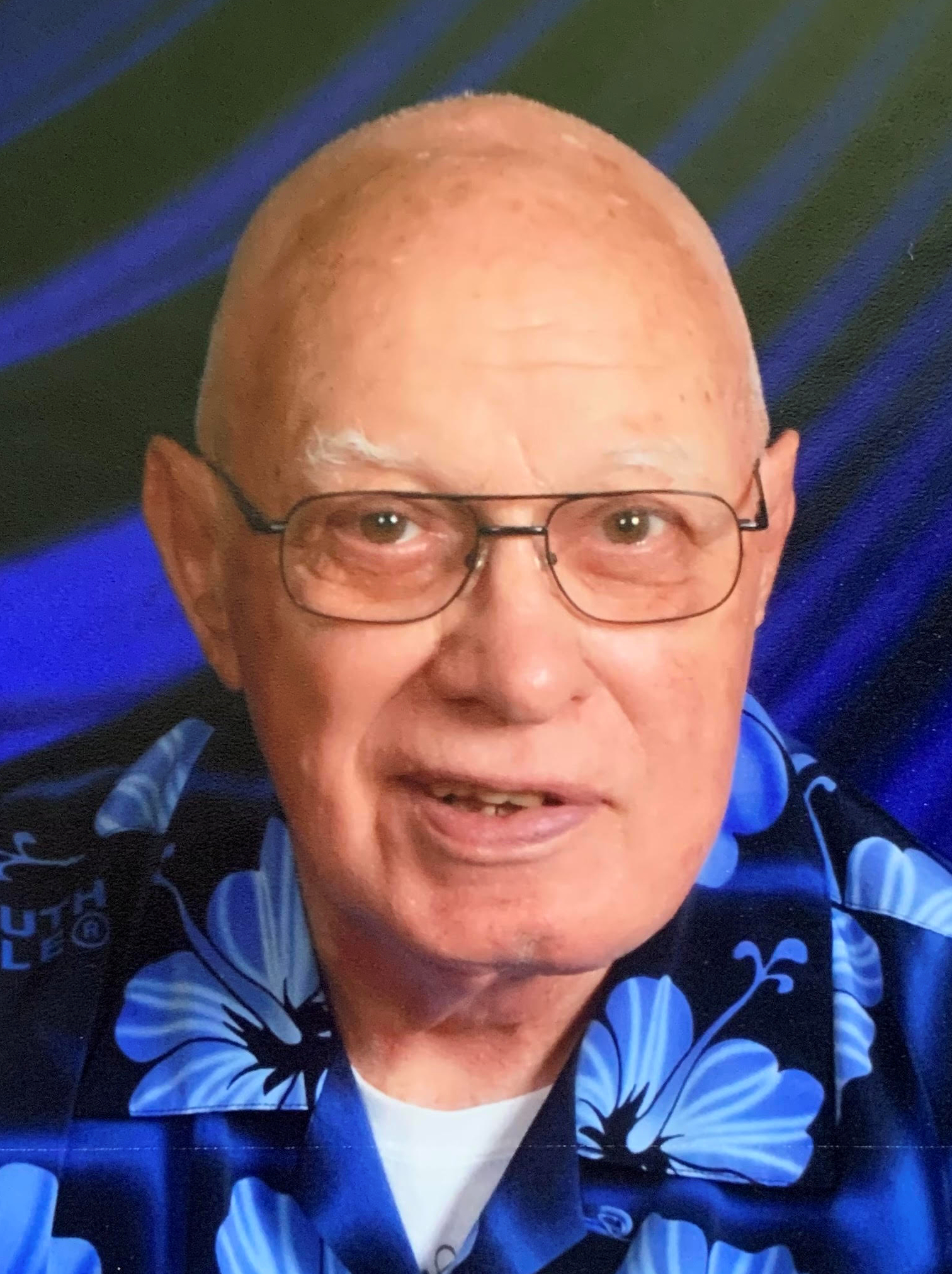 Norris Bubolz, age 92, formerly of Appleton, died late on Tuesday, May 25, 2021.  His Savior and his family were at his side.  Norris was born  February 6, 1929 in Lodi, California, son of the late Edmund and Fronie Bubolz.   He and Anita Bruch were married July 13, 1957 at Immanuel Lutheran Church in Black Creek; Anita preceded him in death in September, 2020.

Norris’ employment started with his uncle’s hardware store, his father’s construction company, Northwest Engineering Co. as a draftsman, and finally his primary employment was with Secura Insurance Company (formerly Home Mutual Insurance) from 1953 until 1994 when he retired to care for his daughter, Dawn.

He desired to proudly serve our country and joined the Wisconsin National Guard, 32nd Division in 1948. During his enlistment he also attended National Guard School for Tank Leadership, tanker, and tank gunner training in Fort Knox, Kentucky in 1952. His highest rank held at his honorable discharge in 1959 was Sgt. E-5.

He loved sweets; especially orange slices, root beer and hot chocolate.  That is probably why he was the sweetest man we knew.

Norris loved the outdoors and one of his greatest loves was hunting. Each fall, his immediate family would “lose him” to the great sport as soon as the prep time began. His hunting family was guaranteed his presence for work time on the cabin, hunting season, and of course the famous “Deer Hunting Banquet”.  Most importantly, Norris was there to capture every moment on film, even if it meant scaring the deer he was supposed to bring home with the click of his camera before he took his shot.

His favorite hobby of all time was his love of photography.  He started with black and white, developing his own pictures and followed the trends to the digital world.  No event went by without his eye capturing what he saw through the lens.  From the birth of his grandchildren to the passing of his wife, he wanted it all. It was part of who he was.

His faith in the God who created him was unwavering. Norris was a faithful member of Celebration Lutheran Church in Appleton, and later at Faith Lutheran. Norris was a man of quiet stature, gentle, kind, loving and always willing to help those in need. He exampled the love of Jesus in all he did not because of who Norris was, but because of what Jesus did for him.

Family and friends who wish to greet the family may do so on Saturday, June 5, 2021 from 12:00 PM until 3:00 PM at the Wichmann Funeral Home, Tri County Chapel, located at 1592 Oneida Street in Fox Crossing. A Christian funeral service will take place at 3:00 PM with full military honors.

The family wishes to extend a special thank you to the following:  To Dr. James Williams, Ruth, and your incredible team – it takes a special doctor to understand dementia and the role it plays with the medical aspect. Your advocacy in this area is like we have never found before.

Heartland Hospice for their guidance and care during our father’s final year of his life.  Far too often, families do not understand the depth of value of hospice. We do and we wouldn’t have wanted to walk this past year without you in our corner. You are all special people.

The Cottages Assisted Living and Memory Care Staff – To see our father have joy again after losing his bride brought a healing to our hearts we didn’t think was possible.  The level of care and extent to which you loved our father and each and every resident isn’t something you do, it’s who you are. All of you.