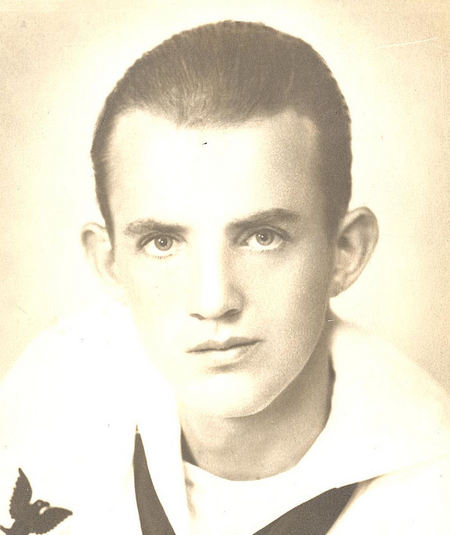 In his teen years, he was a member of the Civil Conservation Corps (CCC. He enlisted in the Navy on January 3, 1941. After Recruit Training at Great Lakes Naval Training Center, he reported to the USS Lamson at Naval Station Pearl Harbor, Hawaii on March 25, 1941. During the initial stages of the war, while conducting convoy escort duty, he saw a series of combat operations from October of 1942 until January of 1943, including the fourth battle of Savo Island. During this critical battle, Norm recalled Japanese torpedoes passing beneath his ship. Norman and the USS Lamson then participated in landing and support operations at Lae and Finschhafen. He then attended Advanced Gunner's Mates School before being transferred to the USS City of Dalhart where he spent the remainder of the war and participated in the capture and occupation of Guam. After the war he helped decommission several vessels before being discharged as a Gunner's Mate First Class on March 1, 1947.

Norm was also an active community and church member, including involvement with the Catholic Knights Society of Wisconsin, Knights of Columbus – Father Fitzmaurice Council #607, Harvey Pierre Post #2778 of the VFW, Johnston Blessman Post #38 of the American Legion, Tin Can Sailors, and the National Association of Destroyer Veterans. He was also a volunteer at St. Joseph Food pantry for many years and enjoyed bowling on the Knights of Columbus teams.

Norm retired in 1987 from the American Can Corp, which was later acquired by Georgia-Pacific.

The Funeral Liturgy will be held at 11:00 AM on Thursday, December 12, 2013 at SACRED HEART CATHOLIC CHURCH, 222 E. Fremont Street in Appleton, with grandson Fr. Brian Sanderfoot and Fr. Donald Zuleger officiating. Friends may call at the Wichmann Funeral Home, TRI-COUNTY CHAPEL in Menasha on Wednesday beginning at 4:00 PM. Visitation will conclude with a parish prayer service at 8:00 PM Wednesday, and will resume directly at the church on Thursday morning from 9:00 AM until the time of the mass. Full military honors will follow the service at the church. A memorial fund is being established. Online condolences may be offered at www.wichmannfuneralhomes.com.