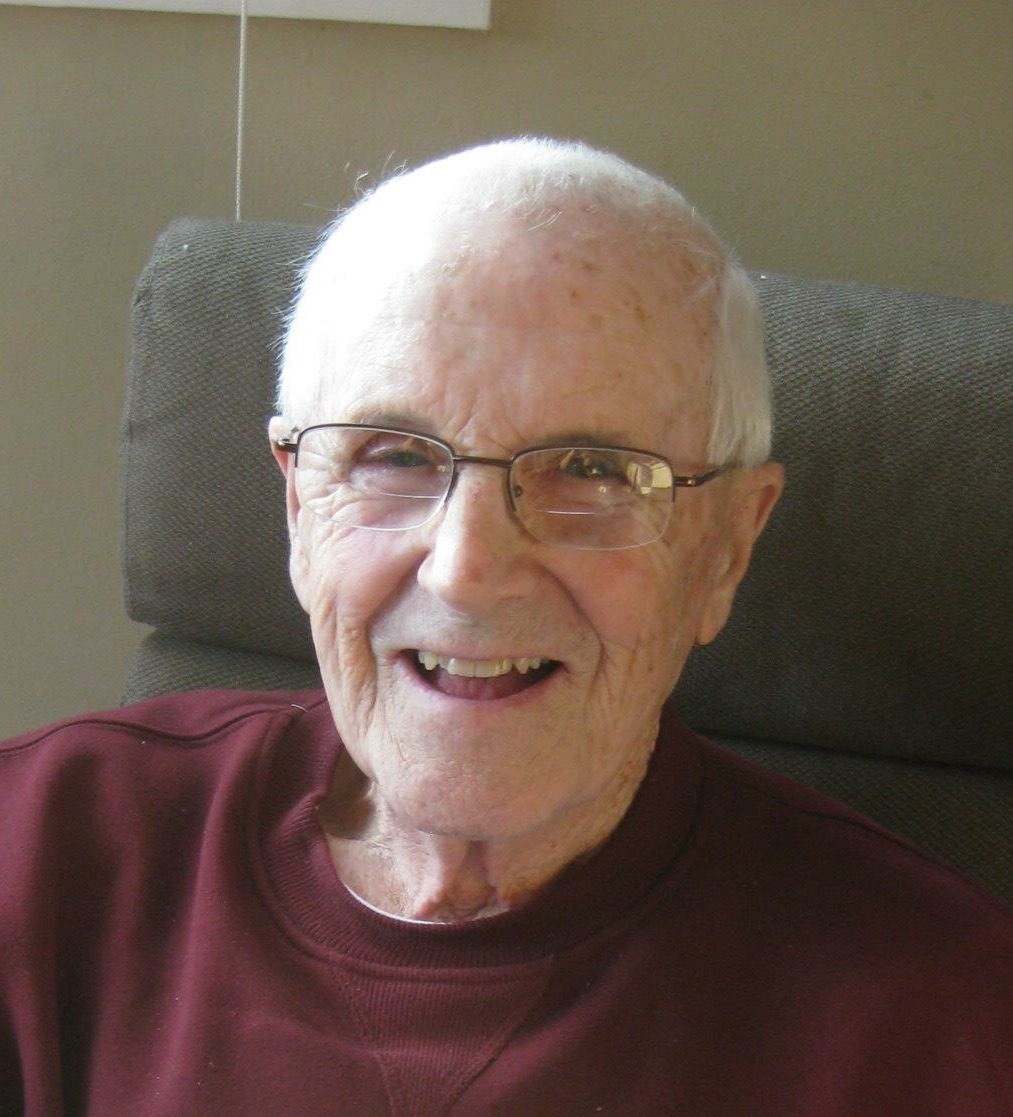 Norman Rettler, of Appleton, age 89, one month short of his 90th birthday, passed away on Saturday, November 28, 2015 at St. Elizabeth Hospital surrounded by his family. Norman was born on December 21, 1925 in Black Creek, to the late Nicholas F. and Catherine (Krousa) Rettler. On June 10, 1950 he married Mary Jane Meyerhofer, celebrating their 65th Wedding Anniversary this year. Norman served his country as a member of the U.S. Navy between 1944 and 1946. He was a charter member of St. Thomas More Catholic Church in Appleton.
The City of Appleton Fire Department employed him for 28 years, retiring in January of 1982. In addition he was a talented carpenter completing several houses, including his last two homes, always helping out his children with building projects.
His love of botany, hard work and travel were passed on to his family, as well as being an avid Green Bay Packer fan. His love of travel started early, and the family enjoying camping at many National Parks and traveling the U.S. In their later years Mary Jane and he took many scenic trips to various sites around the world.

He was preceded in death by his siblings: Florence (Herbert) Stingle, Giles (Berenice), Jerome (Marcella) and Milo (Caroline) Rettler.

The funeral liturgy for Norman will be held at 11:00 am on Friday, December 4, 2015 at ST. THOMAS MORE CATHOLIC CHURCH, 1810 North McDonald Street in Appleton. Fr. Gerald Falk will be officiating. Interment will take place at St. Mary Catholic Cemetery in Black Creek. A time of visitation will be held on Friday at the church from 9:30 am until 10:45 am.

In lieu of flowers, a memorial fund has been established. Online condolences can be offered at www.wichmannfargo.com.