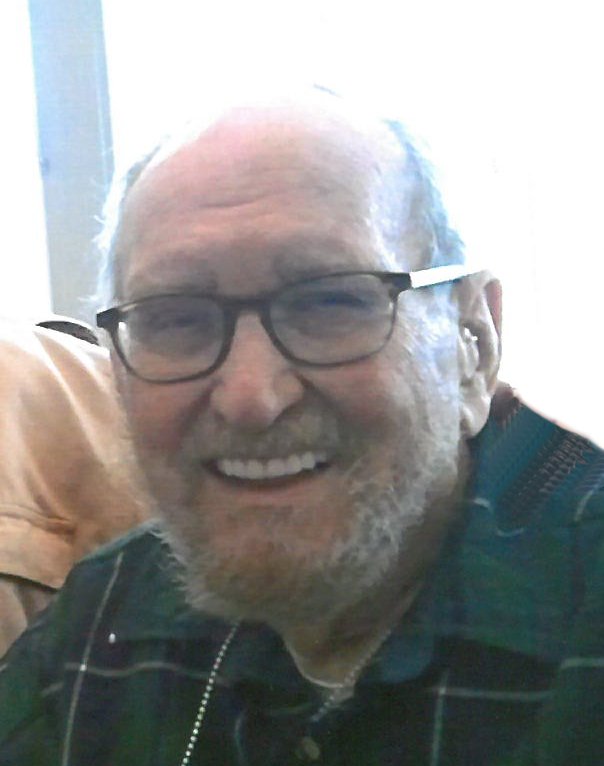 Dad had a very full life, and accomplished many things. He was resourceful, always worked hard, had a joke for every situation, and was loved by everyone who met him.

Dad proudly graduated from Appleton High School (West) in 1940, but never stopped learning. Dad met Mom, Regina C. Ann Vande Hei, Kaukauna, on New Years Eve, 1943, as she was hitch-hiking with her sister to the Cinderella Ballroom, Menasha. They danced, rang in the New Year, and were married 3 months later on March 21, 1943.

They moved to Milwaukee where dad was a leather glove cutter and later made leather helmets for WWII soldiers. During the depression he bought a 1936 Harley Davidson, Knucklehead motorcycle. Dad, mom and their baby girl, Sharon, rode from Milwaukee to Appleton every weekend to visit family. Dad made Sharon's leather helmet.

From 1946 to 1955 they owned and operated Appleton Camera Supply on Wisconsin Avenue, Appleton. Dad was asked to shoot photos for weddings, parades, portraits and businesses throughout his life. Norman delighted in taking pictures of his family and did so while learning how to use the many cameras and types of films they sold.

In 1960, they owned and operated 'Reggies' restaurant in Little Chute. After that dad worked in 'sales' at Wichmann's Furniture, Prange's in Oshkosh, he managed Novak Appliance, Appleton, and worked at Krueger Appliance in Neenah. Between those jobs, dad was never without work. He was a 'Fuller Brush' man, a 'Yellow Taxi Cab Driver', a 'Repo' man, and worked an office job at GE Supply Company.

Dad had no prior experience in any of his occupations. He researched and was self-taught, particularly in the field of photography, developing, printing, and coloring photos, 3-D slides, sales, sharpening numerous kinds of blades, and repairing many kinds of vacuums and sewing machines.

Did we say he was resourceful?

Dad enjoyed fellowships and was a member of Appleton Northside Business Association, the Elks, the Odd Fellows Lodge, and the Emmanuel United Methodist Church. His membership led him to make many friends who filled his life with joy. He loved bowling with the Odd Fellows and has many trophies. Mom and dad enjoyed playing golf and liked camping with family and relatives up north. Many people will tell you that he played a great game of pool and was the best at story and joke-telling. He really just enjoyed people and making them smile.

Norm was preceded in death by his parents, his wife, Regina, his oldest daughter, Sharon and his son-in-law, Richard Joachim, his infant twin daughters, LaVonne and LaVerne, his brothers, Elven and Edwin, and 3 sisters, Lucille, Dorothy and Bernice.

Funeral services will be held on Friday, September 29, 2017, at Emmanual United Methodist Church, 740 E. College Avenue, Appleton, with a short visitation at 10:00 A.M. and service at 11:00 A.M. with Rev. Ben Morris officiating. Online condolences may be expressed at www.wichmannfargo.com.