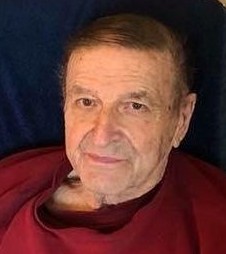 Norman J. Gawinski age 86 of Menasha passed away unexpectedly on Saturday May 5, 2018.

Norman was born on December 22, 1931 in Menasha, Wisconsin. The son of Mr. and Mrs. Frank Gawinski. He graduated from St. John’s Elementary school and Menasha High School. He enlisted in the United States Airforce and served 2 years in Guam during the Korean War. He attained the rank of Staff Sergeant. Norman married Genevieve Hoynacki, also in the United States Airforce, at McCord Catholic Chapel in Tacoma, Washington. Norman and Genevieve settled in Menasha and celebrated 63 years of marriage. He enjoyed traveling with his family across the US and Alaska. He retired after 37 years from his position as a lithographer from the George Banta Company. He was also a skilled carpenter, loved riding his bike and the outdoors, hunting and his family.

Funeral Mass will be at 11:30 a.m., on Thursday, May 10, 2018, at St. John the Baptist Catholic Church, 516 De Pere St., Menasha, with Fr. Paul Paider officiating. Interment will be at St. John Cemetery, Menasha. Visitation will be on Thursday at the church from 9:30 a.m. until the time of the Mass.