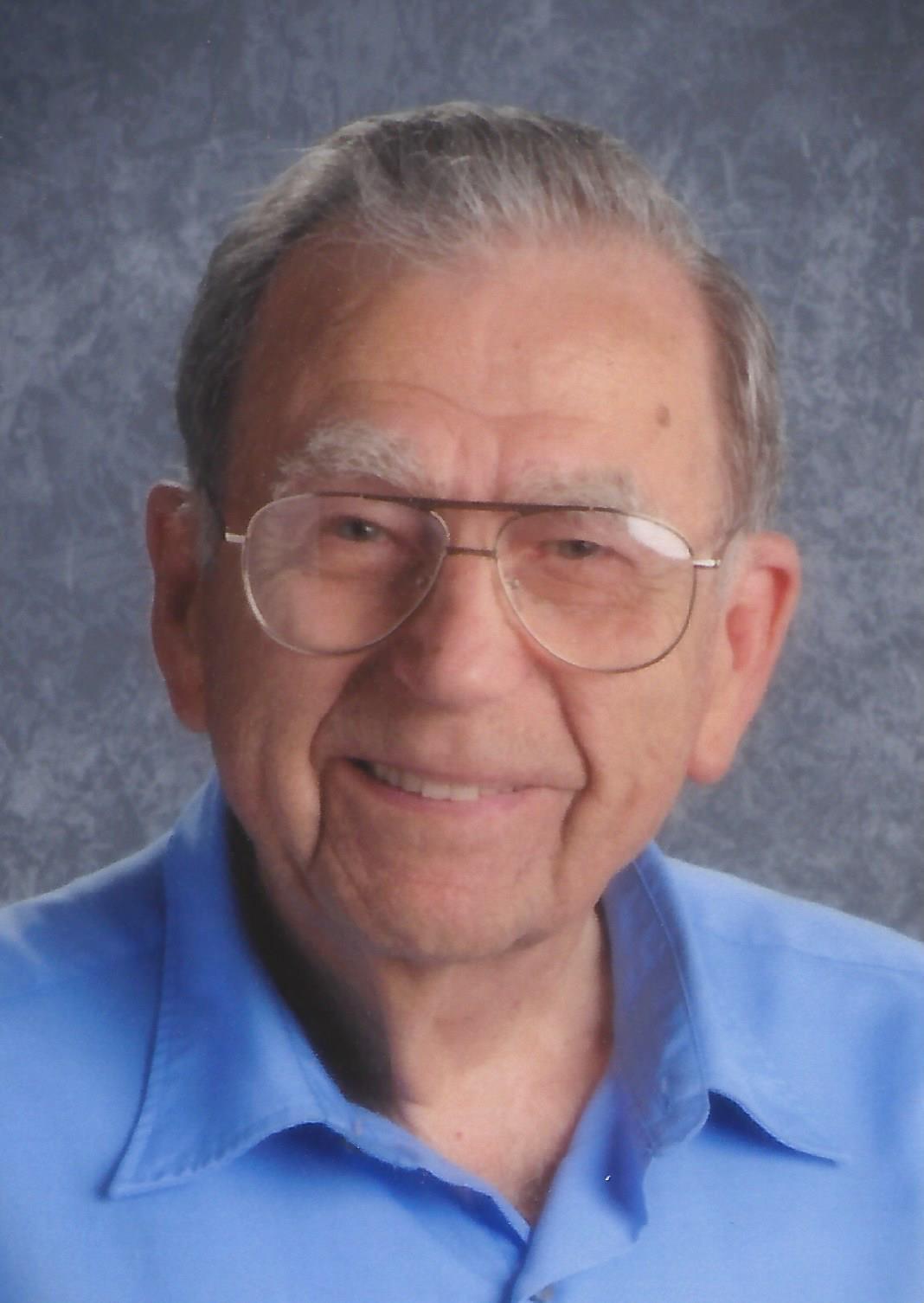 Norman Joseph Van Hulle, age 91, passed away on Thursday, January 7, 2016. He was born June 17, 1924 to the late Louis and Leona (Reinhardt) Van Hulle of Oconto, WI. Norman Married Janette Curtis on October 16, 1948. He farmed until 1957 then sold his farm to his brother, Richard (Barb) and became a project engineer. He worked at the Institute of Paper Chemistry in Appleton, Webster Industries in Peabody, MA and then was one of the five founders of CMD Corp. He retired in 1990 and volunteered each morning at Nicolet Elementary School until 2014. He was a member of St. Joseph's church in Oconto and St. Patrick's Church in Menasha. He was a Cub Scout and Boy Scout leader, Usher, Greeter and member of the Knights of Columbus. He loved square dancing, music and fishing. He learned computer programming in 1967 and enjoyed writing his memoirs.

He was preceded in death by his wife, Janette in 2011; sister: Dolores Eparvier; grandsons: Eric Maciejewski and Aaron Stephenson.

The Funeral Liturgy for Norman will take place at 11:30 AM on Tuesday, January 12 at ST. PATRICK CATHOLIC CHURCH (324 Nicolet Blvd., Menasha) with Fr. Jim Hablewitz and Mary Krueger officiating. Visitation will be held from 4:00 to 7:00 PM on Monday, January 11, 2016 at the WICHMANN FUNERAL HOME-LAEMMRICH CHAPEL (312 Milwaukee St., Menasha) and again at church from 10:30 AM until the time of mass. In lieu of flowers, memorials may be directed to the Nicolet Grandpa Education Scholarship trust at Menasha High School.

The family wishes to extend a special thank you to Oakridge Gardens, ThedaCare at Home Hospice and Prairie Home Elder Services for the loving care given to Norman.