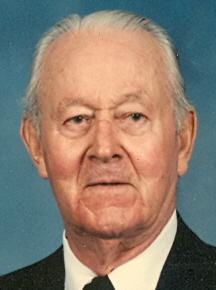 Norman G. Dreyer, 93, of Little Chute passed away on Monday, July 6, 2009 at Care Partners Asssisted Living, Little Chute. He was born on July 31, 1915 in Zion, Illinois to the late George and Leona (Whitter) Dreyer. Norman married Doris Warner on October 8, 1945 in San Diego. He owned and was a sales director of many businesses with the water distiller distributorship as his final enterprise. He was an active member of Peace United Methodist Church and he sang with their choir until he and Doris moved to Racine, Wisconsin in 2002. He was also a member of the Republican Party, an active member of the Kaukauna Chamber of Commerce and United Commercial Travelers. He read the Bible cover to cover at least 20 times. Norman and Doris traveled throughout the United States after they retired until he was unable to drive at the age of 92. Norman also enjoyed woodworking and designed his own furniture.

He was preceded in death by his parents, a son: Ronald; 3 brothers: Chester, Nathaniel and Silas; 2 sisters: Muriel and Myrtle.

The funeral service will be held on Friday, July 10, 2009 at 2:00 p.m. at the Fargo Funeral Home, 400 W. Wisconsin Avenue, with Rev. Tim Albrecht officiating. Family will greet friends and relatives from 12:00 noon until the time of service. Interment will be at Kelso Cemetery, Kaukauna. A Memorial fund has been established for Bible Pathways.