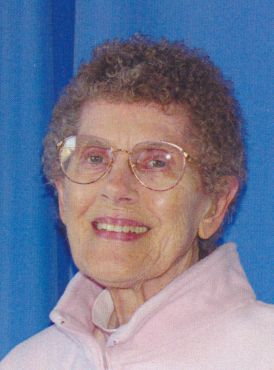 Norma Niven Gracey was called to eternal life September 14th 2016. She was born Norma Alice Niven on Saturday, April 18th 1925 in Niagara Falls, Ontario to William Niven and Mimi, pronounced Mehmie (Yearsley) Niven. She married Laurence Eugene Gracey of Niagara Falls March 21st 1953 at St. Stephen's Anglican Church in the same city. After marriage, Larry and Norma moved to Bloomington, IN. Norma worked in catering at Indiana University until Larry's graduation. Thereafter she cherished her role as a loving wife, mother and homemaker. Norma became a U.S. citizen in 1969. She was a member at St. Thomas Episcopal Church in Menasha and a member of the altar guild for many decades. Norma often would remark that her trainer in New Milford, CT had been a very particular clergyman who trained her very well. She always adhered to his exacting standards while tending to alter cloths, polishing silver, laundering linens and properly disposing of blessed liquids. Norma was a member of the healing ministry at St. Thomas and also served on the vestry. Norma volunteered at the Peabody Manor retirement home for over three decades. She arranged for clergy to lead the devotional services, assisted with various social functions, participated in planting the flower gardens and performed many a manicure for residents. She volunteered for the Meals on Wheels program for many years delivering meals. Norma also enjoyed volunteering in the Salvation Army kitchen and for the Share food distribution program formerly held at St. Thomas. A voracious reader, Norma loved to relax with a good book. She favored novels, inspirational works and she read devotionals and the Bible daily. Norma was an indefatigable prayer warrior, she prayed routinely for everyone, especially for expectant mothers.

A special heartfelt thank you is extended to Mary Jo Ebben, Norma's caregiver and beloved friend, Ann Pelot, nutritionist, caregiver and friend, to Hospice nurse Kelly for her care, concern and support, and the caring staff of Right at Home for their caring assistance.

A Celebration of Life service will be held on September 22, 2016 at 3:00 p.m. at St. Thomas Episcopal Church in Menasha with Father Ralph Osborne officiating. Visitation will be from 1:00 – 3:00 at the church.