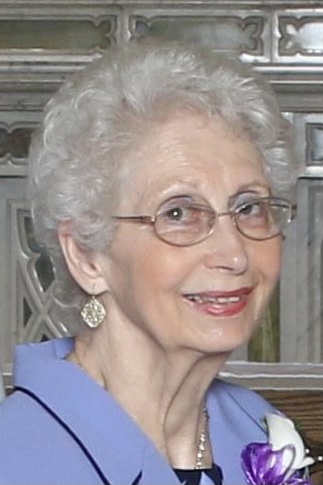 The service will also be livestreamed to this site on Monday morning at 11:00 AM.

Norma grew up in Freedom and met the love of her life at a dance.  Norma and Lewis married and farmed just outside of Kaukauna where she did the bookkeeping.  She also worked at Gennen’s SuperValue and Piggly Wiggly.  Norma gave piano lessons, was secretary for the Catholic Knights, volunteered at the Loaves and Fishes, was a leader in 4H and Boy Scouts.  She was very active at St. Mary’s Parish in Kaukauna serving as a Eucharistic Minister, money counter, helped with funeral dinners and the popcorn fundraiser.  Norma loved to garden and go for walks with her husband, Lewis.  Norma’s loving care and giving will be greatly missed.

The funeral liturgy for Norma will be held at 11:00 AM on Monday, March 22, 2021, at St. Katharine Drexel Parish – St. Mary Church, located at 119 W. 7th Street in Kaukauna, with Fr. David McElroy, O. Praem. officiating.  Interment will follow in the parish cemetery.  Visitation will take place at the church on Monday morning from 9:00 AM until the time of the service.   Masks must be worn and safe distancing will be observed.

For those unable to attend the mass, it will be livestreamed here on Norma’s obituary page on Monday morning.

The service will also be livestreamed to this site on Monday morning at 11:00 AM.