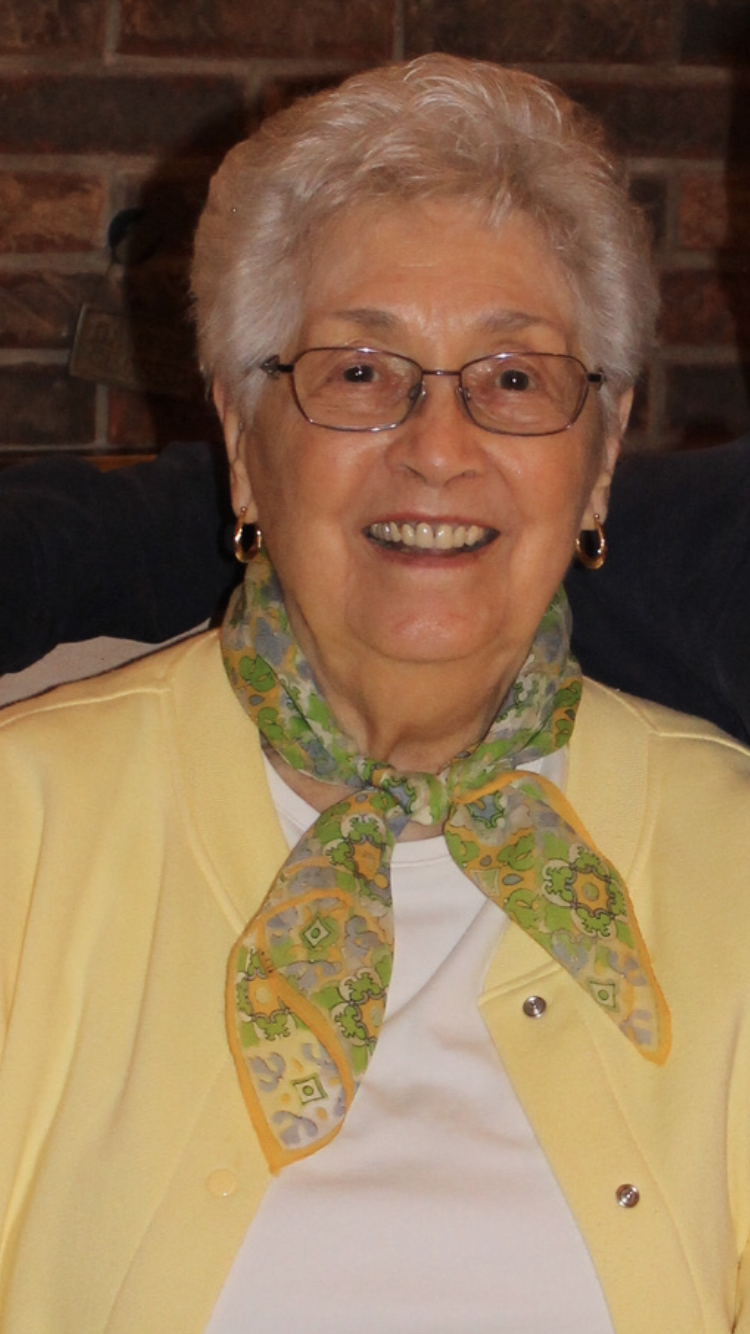 Norma Marie Belhumeur (nee. Andreoli) passed away peacefully in the company of her loved ones on the afternoon of her 95th birthday – surely being met by her Savior and welcomed with a grand birthday homecoming.

Norma Marie was born to Maria (nee. DeCet) and Anton Andreoli in Iron Mountain, Michigan on April 27, 1926.  Norma, with her two brothers and first-generation Northern Italian immigrant parents, thrived in their close-knit community of friends and relatives. In her young life, she experienced the sacrifices and difficulties of America’s Great Depression and passed those important values to her two children.

After graduating from Iron Mountain High school in 1944, she received a degree from Dundon’s  Business School in Chicago.  She worked in Chicago as an Executive Assistant for the Office of Price Administration and later for the Finance Office of the U.S. Army.  As a grandmother, she regaled her three granddaughters with tales of her years as a single professional woman in the Windy City in burgeoning post-war America.

In 1951, Norma met Stuart Belhumeur, a witty and handsome pilot and US Army Air Corps veteran. They were married in Gary, Indiana in 1952 and moved to Big Stone Gap, Virginia where they welcomed their daughter Michele. They returned to Iron Mountain where Norma gave birth to their son Kevin and they settled to raise their family.  Norma enjoyed taking an active role in her community: she was a member of the General Federation of Women’s Clubs, the Lion’s Club, Dickinson County Hospital Auxiliary, St. Mary & St. Joseph church, and the Oak Crest Golf Club. An avid golfer, she played into her late 70s and enjoyed watching the Masters on TV every spring.

Norma was an ageless beauty, an adventurous soul, and an excellent Italian chef.  She took pride in teaching her children and grandchildren how to prepare family recipes and always made sure visitors were well-fed.  For many years, Norma found pleasure in traveling with her grown children and their families – hiking Colorado mountains, a private tour of the Vatican, riding the cable cars in San Francisco, and stomaching the more thrilling rides at Disney World. She enjoyed everything life had to offer, living it with abundant grace and dignity.

Moving to Appleton in 2001, Norma and Stuart kept an active social calendar with many cherished friendships built in the community they found at The Heritage and as members of St. Mary Parish.  They loved watching their granddaughters grow up; cheering them on at all their sporting events and milestones.  After Stuart’s passing in 2010, Norma kept busy with lunches, museum outings, and shows at the PAC with Michele.  She was thrilled to see the Moody Blues for a 2nd time at the age of 90 after having seen them with Kevin in 1991 at Red Rocks Amphitheater in Colorado. She looked forward to her daily phone calls with Kevin and was an excellent penpal and correspondent with distant relatives and old friends.

With her grandchildren and great-grandchildren living away, Norma dedicated time and patience to learning how to use the internet, email, text message, and video calling.  She treasured photos and videos of her family, especially her great-grandchildren who brought her much joy in her golden years.  Norma’s willingness to relish change and adapt in this new age of technology allowed her family to stay in touch and share their lives from afar and through this pandemic. She encouraged her friends to embrace the benefits technology has to offer, but remained loyal to a perfectly handwritten birthday card and maintaining personal conversations.

Norma is survived by her daughter Michele and son-in-law Rob Asp of Appleton; her son Kevin Belhumeur of Belmont, MI; her granddaughters Maureen (Zack) Porter of Bend, OR; Julia (Patrick) Blunt of Chanhassen, MN; Lauren Asp of Eagan, MN, and her beloved great-grandchildren Blake, Drew, and James.  She adored her nieces, nephews, and extended family.

To her final breath, Norma was always considerate of those around her. Her life inspired those that knew her. She exhibited grace, dignity, courage, and an unselfish devotion to her family.  She will surely be missed. Norma is now happy with Jesus and her family that preceded her: her husband Stuart; her parents Anton & Maria; her brothers Bruno and Joe; other extended family members and many friends she met throughout her beautiful life.

In lieu of flowers, donations can be made to the American Cancer Society and the American Heart Association.  She will be laid to rest at St. Mary Cemetery in Appleton, WI.

(Her granddaughters would like it noted that Norma was 93 in the above photo.  Setting the bar high, Bumma!)