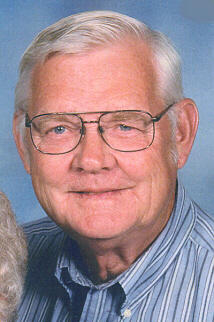 Age 75, formerly of Appleton and Little Chute, passed away peacefully, surrounded by his family, at Theda Clark in Neenah on Saturday, December 5, 2009. Norb was born in Little Chute on September 18, 1934 to the late Peter and Ella (Ambrosius) Siebers. On July 20, 1957 he married his wife of 52 years, Joan Bevers. He proudly served in the US Army in Europe during the Korean Conflict. He was a carpenter by trade and a proud member of Carpenters' Local Union 955. In later years he became a State employee retiring from UW Oshkosh in 1996. Norb loved living on his farm where he enjoyed hunting, fishing, gardening, wine making, and the occasional walk-about. He will always be remembered for his love of life, jokes, laughter, and singing.

The memorial service will be at 6:00 p.m. on Tuesday, December 8, 2009 at the Wichmann Funeral Home, Tri-County Chapel. Friends will be received at the funeral home on Tuesday from 3:00 p.m. until the time of the service.

The family extends a special thank you to the staff at Theda Clark Medical Center and Theda Care at Home Hospice for their compassionate care.