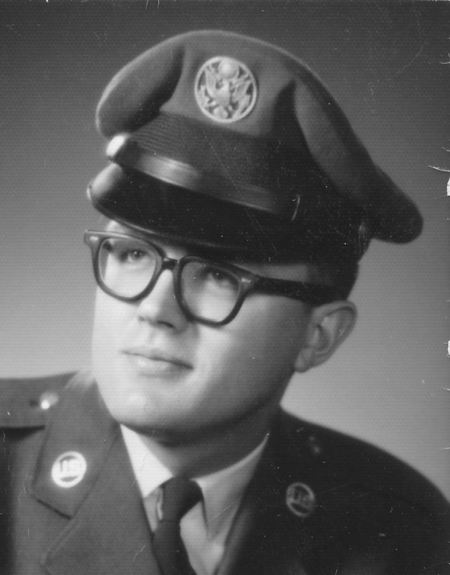 Norbert Johnson, age 72, passed away on Saturday, January 25, 2014 at the Wisconsin Veterans Home in King. He was born on September 6, 1941, in Shawano, the son of the late Walter and Lavern (Hodgins) Johnson. Norbert married the love of his life, Sharon Van Ryzin and stayed by her side for 44 years. She preceded him in death on March 14, 2012. “If we had a spat, it was over in five minutes and nobody knew what the other one said.”
Norbert is survived by his son, Joel (Sarah) Johnson; grandsons, Cadon and Gavin Johnson; sister, Jeanette Frey; sisters-in-law, Denise Johnson and Dori (Alan) Bergholtz; and brothers-in-law, Roger Van Ryzin and David Van Ryzin. He is further survived by nieces, nephews, other relatives and friends. Norbert was preceded in death by his brother, Danny Johnson; sisters-in-law, Kathy Van Ryzin, Barbara Van Ryzin, and June Van Ryzin; and brother-in-law, Terry Van Ryzin.
Norbert has been fond of Bonsai Trees since 5th grade and he learned how to grow them. He attended Appleton West High School and after graduation he served in the United States Air Force. Norbert served his country honorably in the Communications/Intelligence Division of the Air Force during the Cold War era. While stationed at Andrews Air Force Base, Norbert was privileged to witness President Kennedy and the First Lady disembarking from Air Force One.
Eleven years prior to his death, Norbert was diagnosed with Leukemia. At that time he was told he had only three to five years to live. Norbert beat the odds and was honored to live out the last years of his life at the Wisconsin Veterans Home in King with the heroes of our nation. Norbert expressed a special thanks to Pastor Jennifer DeNetz, and the counselors at the Veterans Home, Becky Kedrowski, Michael Izzo and Michael Phelan for helping him through the hard time in his life. He also wishes to thank the nurses, medics, housekeeping staff (who kept his room sparkling clean) and all the staff of the Wisconsin Veterans Home for their care and compassion.
At Norbert's request there will be no funeral celebration of his life. After cremation, Norbert will be laid to rest at Appleton Highland Memorial Park with his wife where he will be reunited with all who have preceded him in death in the house of our Lord. Online condolences can be offered at www.wichmannfargo.com.