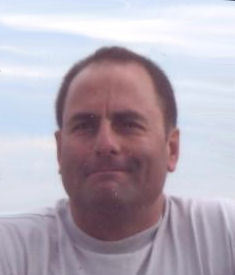 Nick Pflum, age 53, passed away at his home in Appleton on Memorial Day, May 27, 2013. Nick was born in Appleton on April 6, 1960, son of the late Dr. Edward Pflum and Mary Ann (Becker) Pflum who still resides in Appleton. Nick was a 1978 graduate of Xavier High School where he was a member of the State Championship baseball team, and earned his degree in Architecture and Urban Planning from the University of Wisconsin – Milwaukee in 1984. Over the years, he had been employed by Biggar Development, Omni Associates, and the Hoffman Corporation. In 2000, he set out on his own and founded Architectural Associates of Appleton. Although Nick pursued his career in architecture, it was his love for art and music that was his greatest pleasure. Not a birthday or special occasion passed by without a handmade card, drawing, or custom cake created by Nick. His passion for art and music lives on through each of his children in their own individual and special way.

Nick had a love for speed. He liked fast cars, motorcycles, and boats. Nick enjoyed skiing, both on the water and on the snow. If he was in need of equipment, he was always able to find what he needed on “craigslist”.

Nick also coached Little League and Pop Warner football, and was proud to have been part of the Appleton East freshman football coaching staff. Nick's usually quiet demeanor was sometimes overshadowed by his passion for sports – his voice could be heard across the field and throughout the stands.

Nick's greatest joy and love was for his wife: Melissa (Littlefield) Pflum, whom he married on September 22, 1990. His greatest pride and affection was for his four children: Ross, 19; Isaac, 18; Simon, 15: and Thea, 14. He also is survived by his mother: Mary Ann Pflum; five brothers and sisters: Bonnie (Joe) Pankratz of Appleton; Cindy (Dave) Johnson of Appleton; E. Mark (Lisa) Pflum of Little Chute; Chris (Janet) Pflum of New London; and Tricia (Jeff) Promer of Menasha; his mother and father-in-law: Robert and Audrey Littlefield of Combined Locks; and his sister-in-law: Amy (Mike) Bynoe of Rogers, Arkansas. There are also many nieces, nephews, other relatives, and many friends. He was preceded in death by his father, Dr. Edward Pflum, in 2008.

A memorial service for Nick will be held at 6:00 PM on Friday, May 31, 2013 at GOOD SHEPHERD LUTHERAN CHURCH, 2220 E. College Avenue in Appleton, with Rev. Timothy Seabaugh officiating. Friends are welcome to gather at the church on Friday afternoon from 2:00 PM until the time of the memorial. Online condolences may be expressed at www.wichmannfargo.com.

The family would like to extend their sincere thank you to the medical staff and caregivers that made such a difference to Nick and his loved ones. The Radiology and Oncology Staff at St. Elizabeth Hospital and the Oncology and Hematology Staff at Appleton Medical Center were nothing short of amazing. We thank you for going above and beyond in your care of Nick.

You don't hear much about people having “moxy” anymore. Nick was a guy with moxy. Moxy is defined as: “Self-possessed confidence; an attitude of fearlessness in everyday circumstances; the capacity to stand alone in favor of an unpopular opinion or course of action, with a casual demeanor.”

That was Nick – full of moxy.