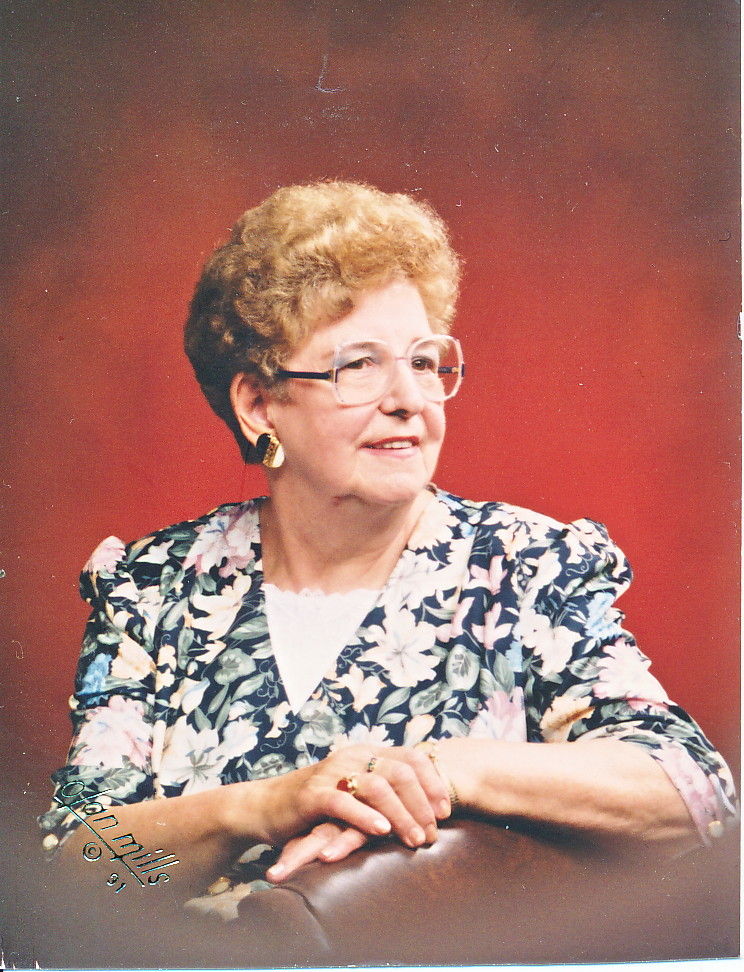 Nellie Vanden Abeelen, age 89, passed away peacefully on Thursday, February 28, 2013 at Our Family Homes ‚Äì Sheldon House in Oshkosh. Nellie was born in England on August 1, 1923, and attended school there during the Blitzkrieg. As a young woman she met her future husband, Louis Vanden Abeelen in London. He was stationed there while serving in the Dutch Navy. After a blind date, the couple married in December of 1947. They lived in England for another year, and when Louis was discharged from the service, they moved back to Holland until 1959. At that time, they sailed for America to find a better life. Louis preceded her in death in 1986. For many years, Nellie worked as a housekeeper for Wisconsin Bell Telephone.

She is survived by four children:

There are twelve grandchildren and their families:

Julie (Jeff) Zwiers of Black Creek and their daughters Amanda, Nicole, and Christina;

Joanna Lambert Hanson of Appleton and her children Heaven, Kelsey, and Riley;

Jenny (Jake) Tovrea of Appleton and their children Gavin, Caleb, and Sierra;

Tina Powell (Corey Metcher) of Menasha and their children Chloe and Caysen;

Steph Peterman (Tim Berman) of Menasha and their children Wyatt and Hanna;

Dustin (Tammy) Paulson of Dorchester and their children Brittany, Becca, Matthew, and Aaron;

Tammy (Ken) Vermeersch of Oshkosh and their daughters Jena, Kayla, and Julia;

There are also six step-grandchildren and their families:

Scott (Lisa) Wians of Appleton and their children Tyler, Amber, and Kim;

Jody Wians of Appleton and her son Kyle;

Leah (Heath) Winkelman of Lufkin, Texas and their children Dominick and Alicia;

Adria Lehndorf of Menasha and her daughter Sylvia;

Nellie also leaves behind eight great-great-grandchildren, her former son-in-law: Richard Phillips, Sr.; and many dear friends, including Susie Laabs and Linda Kaquatosh, who was much like a daughter to Nellie. She was preceded in death by her parents, her husband, an infant son, and infant brother, brothers Frank and Fred, and a young sister Nellie.

A funeral service for Nellie will be held at 12:00 Noon on Saturday, March 2, 2013 at the Wichmann Funeral Home, 537 N. Superior Street in Appleton, with Rev. Kevin Heffernan officiating. Entombment will follow at Highland Memorial Park. Friends may call at the funeral home on Saturday morning from 10:00 AM until the time of the service.

The family would like to express their sincere thanks to the staff at Sheldon House for their wonderful care of Nellie. The days surrounding her passing were made comfortable because of their efforts. We will never forget your kindness.