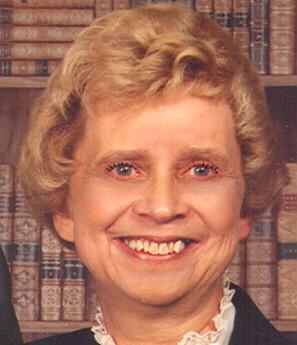 Nellie E. Mitchell, age 78, of Appleton, died Thursday afternoon, February 15, 2007. She was born May 25, 1928, to the late Walter and Elizabeth (Van Buren) Boomker, in Grand Rapids MI and had been an Appleton resident since 1961. While a resident of Michigan, Nellie had been employed by several physicians, in Appleton she had been employed by Dr. F. M. Fischer. She found great joy in caring for her garden, the wild birds and her family. Nellie truly enjoyed her great grandchildren and was very active until her illness prevented this. Nellie was a member of First United Methodist Church. She is survived by her daughter, Carol (Michael) Huebner, Hortonville; her son, Dale (Kathy) Mitchell, Menasha; seven grandchildren, Kimberly (John) Brzozowski, Jennifer Valeri and her fianc√©, Jeremy Deermeier, Jason (Kara) Florek, Corey Florek, Ryan (Samantha) Florek, Joshua (Melinda) Mitchell and Anthony Mitchell; six great grandchildren, Kaitlynn, Tylor, Anna, Evelyn, Katrina and Alanna; a sister, Betty (Gene) Nichols, Pacifica, CA; a brother, Walter Boomker, Benton Harbor MI; several nieces and nephews. She was preceded in death by her husband, Kenneth R. Mitchell, August 9, 1989, her daughter, Nancy Krueger, October 13, 1989, her sister, Mary Hendrickson and her dear friend, Donna Woods. Funeral services for Nellie will be held at the Appleton Highland Memorial Park Chapel, 3131 North Richmond Street, at 11:00 am, Monday, February 19, 2007, with Reverend Jane Anderson officiating. Entombment will be in Appleton Highland Memorial Park. Friends may call at the chapel from 9:00 am, Monday, until the time of the service. In lieu of flowers a memorial fund has been established for Friends of Franciscan Care.

The family would like to extend a special thanks to Franciscan Care, Dr. James Haine, Dr. Misty Johnson, Karen, the entire staff of Units 1 and 2 for their compassionate and loving care. They made an intolerable situation tolerable through their compassion, kindness and understanding for the entire family.