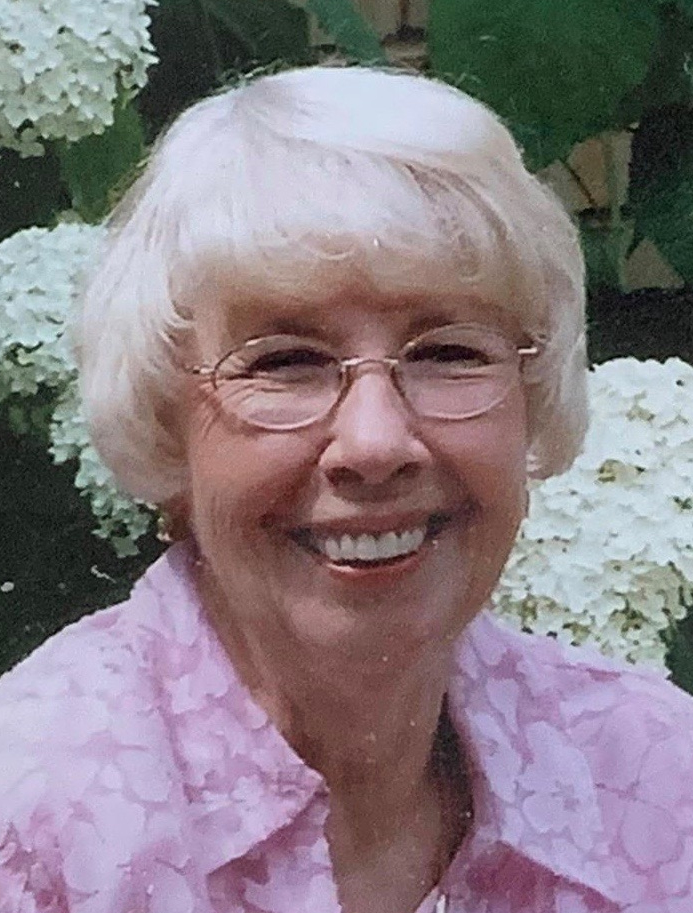 Due to the current pandemic, a small private memorial service will be held with the hope of a larger gathering next year.

Nancy Marie (Prosser) Ropella passed away peacefully on August 6, 2020. She was born in Antigo, WI in 1933 to John and Jean (Rickman) Prosser. After graduating from Antigo High School, she moved to Appleton with her mother and sister, Sally, where she met Dennis Ropella. Nancy and Dennis were married in 1953 and enjoyed 46 years of marriage until his death in 1999. She later married Roger Spindler, and although their marriage ended in divorce, they remained dear friends.

Nancy and Dennis had three children: Ann Marie, Thomas Dennis, and Mark Charles Ropella. Nancy was an active and loving mother who had many creative talents including baking, sewing and knitting. She and Dennis bought the cottage on Sawyer Lake in 1957, and four generations of the family spent many wonderful summers there. A world traveler and avid reader, Nancy loved music, art, and spending time in nature. All three of Nancy’s children became teachers, and she was very supportive and proud of their education and careers.

Nancy was a devoted grandmother to Sarah, Charles, Rachel, and Henry. Her grandchildren have many precious memories of special trips and outings, holiday traditions, and time together at the cottage. Nancy supported her grandchildren in all their activities, attending many concerts, skating competitions, plays, and ball games.

As a young woman, Nancy worked for the Kimberly Clark Corporation and then taught preschool for many years at St. Thomas in Neenah-Menasha. After her children all graduated from high school, Nancy went back to school to become a nurse and worked in the psychiatric ward at Theda Clark Hospital until retirement. She served her community in many ways as a Girl Scout leader, an active member of the Menasha Historical Society, and a volunteer at Theda Clark.

Nancy is survived by her son, Mark; her grandchildren, Sarah DeBruin, Charles DeBruin and his wife, Bethany, Rachel Ropella, and Henry Ropella; her son-in-law, David DeBruin and his fiancée, Becky; her daughter-in-law, Carol Ropella; dear friend, Roger Spindler; her sister, Sally Hielsberg; and many nieces, nephews, neighbors, and friends.

In addition to her parents and husband, Dennis, Nancy was also preceded in death by her stepfather, Charles Casperson; her brother, Jack Prosser and his wife, Kay; her son, Tom Ropella and her daughter, Ann DeBruin.

Due to the current pandemic, a small private memorial service will be held with the hope of a larger gathering next year. The family would like to thank all of the dedicated staff at Prairie Home and Hospice Care who cared for Nancy with such love and kindness.

In lieu of flowers, if you would like to honor Nancy’s memory, please make a donation to the Menasha Historical Society at P.O. Box 255, Menasha, WI 54952.

Due to the current pandemic, a small private memorial service will be held with the hope of a larger gathering next year.