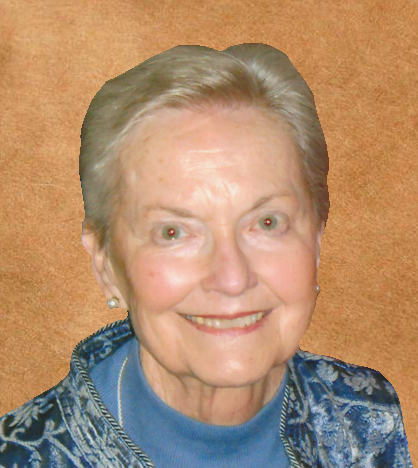 Nancy Joanne (Pogemiller) Moard, age 87, passed away on February 25, 2021, into the arms of her loving Savior.  Joanne was born on August 12, 1933, to Earl and Harriet Pogemiller, and was the last of seven daughters.  Joanne graduated from Wapello High School in 1951, and earned a two-year teaching certificate from Iowa State Teachers College.  Later, she earned a B.A. in Education from Marycrest College in Davenport, Iowa.

Joanne married the love of her life, James Earl Moard, on November 10, 1956 at the Sharon Reformed Presbyterian Church, outside of Mediapolis, Iowa.  Joanne taught kindergarten and 1st grade for over twenty years in Lake Park, Cherokee, and Pleasant Valley, Iowa. She retired in 1990, after having taught hundreds of children how to read and write.  Joanne enjoyed cooking, baking, bird-watching, tennis, reading, and singing.  She and her husband Jim sang together in various church choirs for over sixty years.  She was also an active member of the P.E.O. for over fifty years.  After she retired, she and Jim spent summers in the San Juan Mountains of Southwestern Colorado and winters in Chandler, Arizona.   They also traveled abroad together, visiting China, Germany, Czech Republic, Hungary, Austria, and most recently, Alaska.  In 2007, Joanne and Jim moved to Appleton to be closer to family.

Joanne was a loving mother and wife.  She was also known for her patience and kindness not only to her family, but also to those in need.  She and Jim spent many hours volunteering at Echoes, a donation facility, whose proceeds support scholarships for college interns at their home congregation, First English Lutheran Church in Appleton, Wisconsin.

Due to current health concerns, services will be private and a celebration of Joanne’s life will be held at a later date.  Memorials may be directed to First English Lutheran Church or to the charity of your choice.

Joanne’s family wishes to express their sincere thanks to all the caring people of Willow Lane Assisted Living Facility who gave great care and compassion to Joanne.

Light a Candle
Service
Private services are being planned.