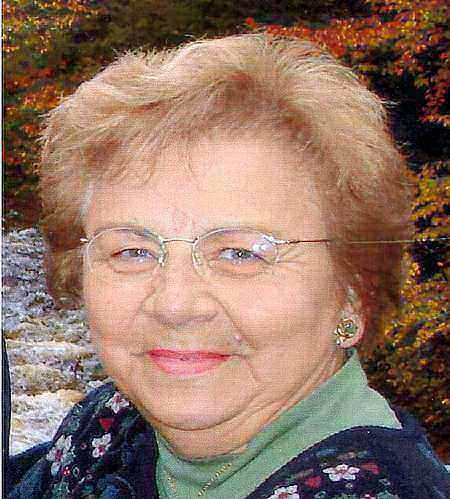 Nancy J. Stark, age 65, of Appleton, died unexpectedly, Tuesday morning, November 1, 2005. She was born November 4, 1939, to the late Ginther and Wilma (Teike) Moldenhauer, in Decatur, IL and had been an Appleton resident since 1974. Prior to moving to Appleton, Nancy was a resident of Collinsville, IL, for eight years. She had been employed by AAL. Nancy enjoyed doting on her grandchildren, she also enjoyed music and played the piano and organ. She and her husband, Rick, enjoyed traveling. Nancy was a member of Faith Lutheran Church, where she sang in the church choir, served on numerous committees, and cherished the time spent with good friends playing bridge.
She is survived by her husband, Richard A. ‚ÄúRick‚Äù Stark, to whom she had been married for 45 years; three children, Rick (Jodi) Stark, Jr., Stevens Point; Jane (Brian) Schumaker, McFarland, WI; Dan Stark, Appleton; four grandchildren, Ashley Stark, Garrett Stark, Megan Schumaker and Caitlyn Schumaker; a sister, Sharon (Bill) Scheibly, Decatur, IL; her mother-in-law, Bess Stark, Appleton; a niece, Christina (Todd) Clark, Decatur, IL; a nephew, Jeff (Missy) Scheibly, Decatur, IL; great nieces and nephews, Nicholas, Olivia, Conner, Marissa, Tucker and Zoe.
Funeral services for Nancy will be held at 11:00 am, Friday, November 4, 2005, at FAITH LUTHERAN CHURCH, 601 East Glendale Avenue, with Reverends Paul R. Brinkman and Daniel Thews, officiating. Burial will be in Riverside Cemetery. Friends may call at the funeral home, from 4 to 8 pm, Thursday and on Friday at the church from 9:00 am, until the time of the service. A memorial fund is being established for the Faith Lutheran Church Memorial Music Fund.