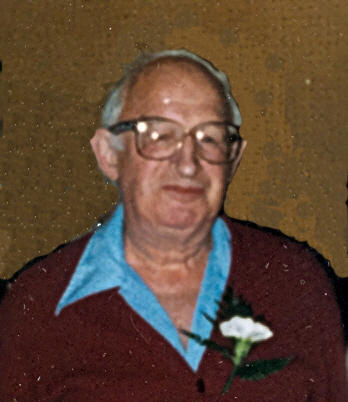 Myron was born on August 13, 1924 to Frank and Margaret (Brittnacher) Meulemans. On August 17, 1944 he married the love of his life, Frances Verhoeven and they enjoyed many precious moments together. Myron worked at Roloff Manufacturing in Kaukauna for 38 years retiring in 1986. He was also the treasurer of the local union at Roloff's for many years. He was also a member of the Holy Cross Queen of Peace Choir under the direction of Mary Benotch.

Dad, your pain and suffering is now over, may you rest in peace in Heaven with Mom. We all love and miss both of you. The family would like to thank Joan Truax for her lunchtime conversations with dad.

God grant me the serenity to accept the things I cannot change, courage to change the things I can; and the wisdom to know the difference, living one day at a time, enjoying one moment at a time, accepting hardship as the pathway to peace. Amen