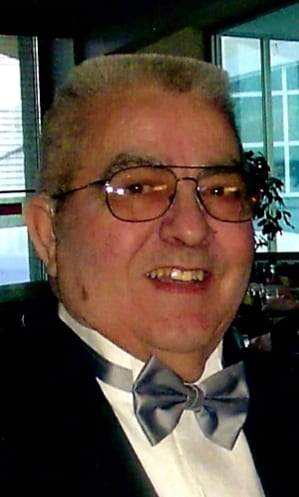 Richard (Dickie) Edward (he would always say the “E” stood for “Elegant”) La Rock passed away peacefully on January 18,  2020 at the age of 82. He was diagnosed with pancreatic cancer at Mayo Clinic in Rochester MN in early October. It was at this time that he was placed in the care of his son and daughter in law at their home in West Concord, MN. He was a stubborn fighter till the end as he was only given a 48 hr. window at time of diagnosis. He fought for over 3 months and had many good days with no apparent signs of any illness or pain. He was under the constant care of family day and night with the loving help of the team at St. Croix Hospice in Rochester, MN.

He married Joan Elsie Deede on February 16, 1960 where they eventually settled in Appleton, Wisconsin. Dickie worked as an elevator installer at Northwestern Elevator until his retirement in 1995. The couple retired to their vacation home at that time in Lac du Flambeau, WI on Plummer Lake where they shared many memories with friends and family since 1968.  He also pursued a degree in forestry which came in handy at the lake.

He is survived by his wife, Joan and only son Rick (Abigail). Sadly, Dickie never knew the joys of being a grandfather, but he would have been the best one ever made! He is survived by brother Lynn La Rock (Joyce) of Appleton, sister Gerri of Wabeno, Wi, sister Shirley of Cleveland, Tennessee, brother John of Wabeno, Wi and brother Terry (Carol) of Racine, WI, as well as many nieces, nephews and great nieces and nephews. Preceded in death by sisters Mary, Rita, Donna and brothers Al, Frank and David (Putzy). One cannot forget to mention beloved Bichon Friese, Ernie, their constant companion of 15 yrs.

Dickie loved to hunt, fish, and was never one to shy away from a party. He was a fun loving and very generous friend. He was always available for anyone who needed help on the lake and all who knew him knew they could count on him. Dickie was known to be in his bobcat on the prowl for fallen trees to “take care of”. One of his favorite pastimes was cutting, splitting and … have everyone else stack wood, all while keeping a close watch…from the bobcat. He was a loving and supportive father, always there for Rick for elevator pointers and advice, needed or not. He was so very proud of Rick, following in his footsteps, and encouraging him on his many accomplishments.

A Sharing of Memories will be held for Dickie at 3 PM on Saturday, February 1, 2019 at Wichmann Funeral Home, 537 N. Superior St., Appleton, Wisconsin on February 1, 2020. Family and friends may visit from 1 PM to the time of service.  A reception will follow at Red Lion Hotel Paper Valley following services for drinks, food, socializing and fond remembrance of Dickie.  Inturment will be held at 9 AM on Monday, February 3, at  Highland Memorial Park, Appleton.

In lieu of flowers, memorial donations to Dickie’s family are appreciated.