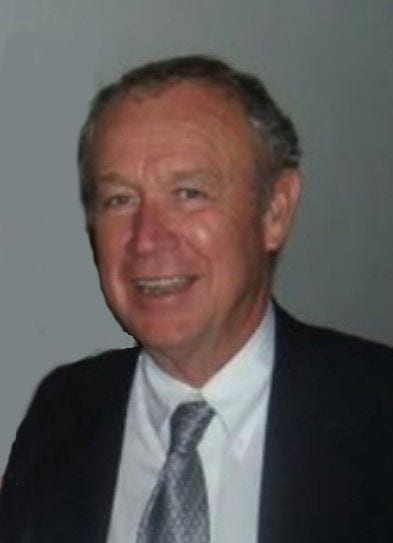 John U. Ashenbrenner, age 75, of Menasha, passed away Wednesday, January 15, 2020 at Cherry Meadows Hospice Residence in Appleton after he lost his courageous battle to cancer. He was born on August 4, 1944 in Neenah, the son of Urban and Verla (Wagner) Ashenbrenner. John was a 1963 graduate of Menasha High School. He proudly served in the United States Army from 1965-1971. On March 25, 1977 he married the love of his life, Sharon Bohlman, in Menasha. John began working at Banta Book Group in Menasha during high school and continued working there full time upon graduation. He worked there until his retirement in 2004. John had a great group of friends surrounding him. He enjoyed meeting up with his buddies at McDonald’s every morning for coffee or his drink of choice, “small Coke with a lot of ice.” He spent many years in the “Calendar Couples” Bowling League with his wife and friends. He was an avid golfer and was still participating in golf leagues this summer. He even had three holes-in-one in his lifetime. He enjoyed watching Wisconsin sports and loved cheering on the Green Bay Packers, Wisconsin Badgers and Milwaukee Brewers. He had a deep love for his entire family, especially his grandkids who he loved to play sports with and take on yearly adventures to Bay Beach. He also loved his grand-dog, Wrigley.

The family wishes to thank the staff at ThedaCare and Cherry Meadows Hospice Residence for their compassion and loving care for John.

In lieu of flowers the family would ask for donations to a memorial fund that has been established in John’s name.